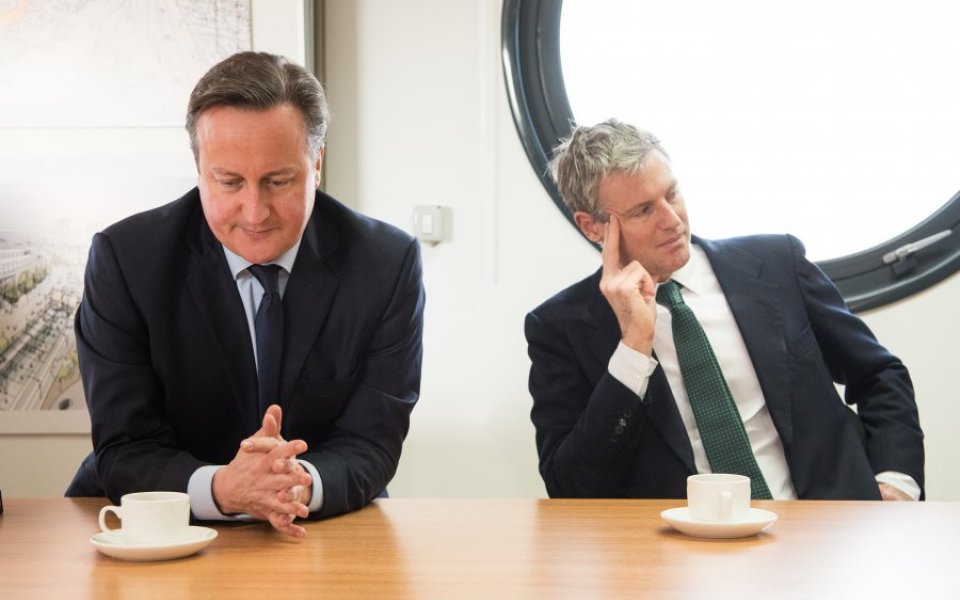 I’ve spent the whole of my adult life standing up for what I believe in: that the voter is sovereign, our environment precious, and that politicians should deliver on the promises they make.

My constituents – the people who know me best – know I have stood by those principles over the last six years. It’s why they rewarded me at the last election with the biggest increased majority of any sitting MP.

And it’s that belief in democratic accountability that informs my view of the European Union.

The most important characteristic of any democracy is that it should be possible for voters to evict those who act in their name. The EU fails on that test. Real power in Brussels rests in institutions that are accountable to no one.

David Cameron promised to reform our relationship with the EU, and then put those reforms to the British people in a referendum, and for my part, I am grateful to him for restoring so many people’s faith in politics. Whatever Britain decides, he will go down in history as the Prime Minister who finally empowered the British people.

I commend him for his efforts, but the deal on the table does not go far enough, and given that even in the face of the UK voting to leave, the EU is unwilling to entertain meaningful reform, it is unlikely we will see anything more in the years to come.

So I believe we would be better off out of the EU, and I will be voting to leave.

Read more: Boris and Zac expose divisions in the capital by backing Brexit

I recognise that opinion in London is at best divided on this issue, and as a mayoral candidate, it would be easier for me to quietly U-turn. But I didn’t get involved in politics to test every idea with pollsters, flip flop on the big issues and then carry on regardless once elected. That characterises my Labour opponent’s approach to politics, not mine.

Londoners want certainty from their mayor, and with me that’s what they will always get.

A few of the largest multinationals disagree with me about the EU, but we shouldn’t be surprised. An uncompetitive Europe benefits established players at the expense of new market entrants.

I am on the side of the challenger, the plucky start-up, the business of tomorrow, rather than just protecting the incumbent. Many of the same voices predicted apocalypse if Britain refused to join the euro. They couldn’t have been more wrong.

But business does not speak with one voice. By a huge margin, London’s 975,000 small and medium sized firms say that EU regulation makes it harder for them to hire. And a growing number of large businesses have stated that Britain would flourish, or at least not be disadvantaged by leaving the EU.

Greater London is a global city, with global reach. We dominate in financial services, tech, financial tech, media, culture and much more besides.

It makes no sense for us to bind ourselves to a political bloc that is in decline; we should be free to trade with the fastest growing markets and to attract talent from around the world.

As it happens, my vote on Europe counts for no more than the 48m other people who can vote in this referendum. That’s the beauty of referendums; they remove power from politicians.

If I am elected mayor of London on 5 May, my role won’t be to take Britain out of the EU or to keep us in – British people will decide moments after the new mayor is installed.

However my job, if I am elected, will be to bring London together and make sure it flourishes no matter what.

But we can only flourish with a mayor who will put London first and work with government, on which London depends for almost all its powers and funding.

London is the most important city in the world, with a £600bn economy, 5.6m jobs, and 18m visitors per year.

The risk we face is a Khan-Corbyn experiment in City Hall – fantasy housing targets that would make it harder to build, a £2bn black hole in their transport plan that they refuse to account for, and the unions running riot in City Hall.

Their plans would mean four years of infighting in full view of the world.

That’s why I will use every minute between now and 5 May persuading London voters to give me their backing so that I can build on and protect Boris Johnson’s success – delivering more homes, better transport, safer streets, a cleaner environment – so that London’s success works for Londoners.