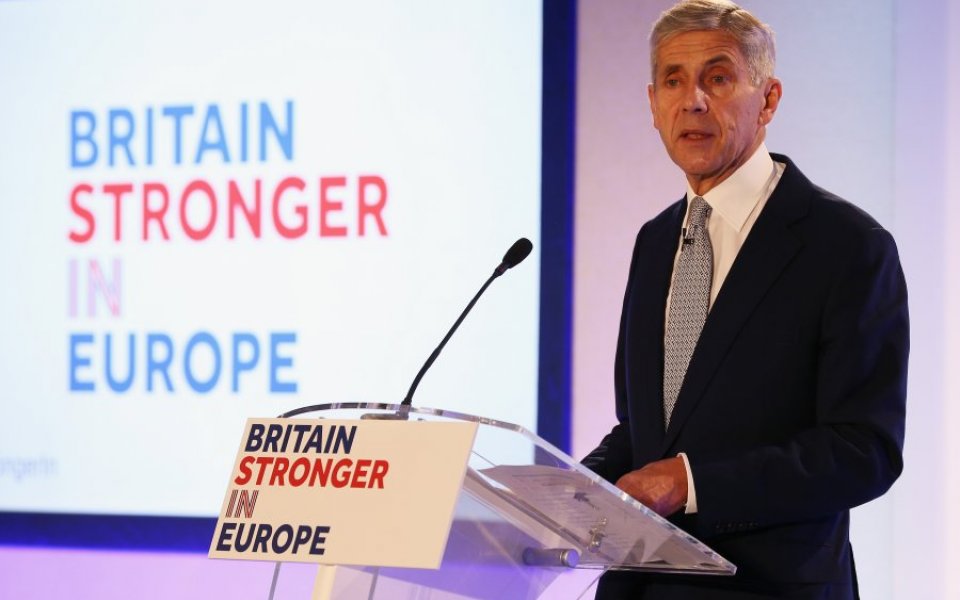 Ahead of the upcoming referendum on the United Kingdom's membership of the European Union, Lord Stuart Rose, a leading figure of the In campaign, has said that there are huge risks to leaving the EU and that the Leave side needs to be clear on what would happen in a Brexit scenario.

"I'm a bit of a Eurosceptic myself. I understand the imperfections of Europe. I've traded in Europe as a businessman over 30-40 years. There are imperfections but by and large it serves us well," Rose told BBC Radio 4's Today programme. "But what we don't know is what are we exchanging it for: the reality of what we've got today against the risk of what we might not have tomorrow."

Read more: Nigel Farage plays down talk of split on the EU "Out" side

Focussing on the risks associated with Brexit, Rose said that 50 per cent of the UK's good and services are exported to the EU, and 78 per cent of its financial services. The UK also gets about £70m inward investment from Europe.

That possibly may not happen if we were outside of the EU, he said.

However, Out campaigners have drawn attention to a report by independent think tank Civitas, which found membership of the single market had not led to a significant impact on export growth.

Read more: Politicians and business leaders line up to campaign for and against Brexit

But Rose stuck to his guns. "Those who want Britain to leave Europe cannot guarantee that Britain will retain full access to Europe's single market. They are putting the benefits at risk. Their proposed deal, whereby Britain would somehow retain access to the single market without obeying any of the rules, is a fantasy," he said.

Also speaking to the BBC, Rose committed to a "full and frank disclosure" of the group's financing when the Electoral Commission requests it. Last week it was reported that both Goldman Sachs and JP Morgan donated to the campaign to keep the UK in the EU.