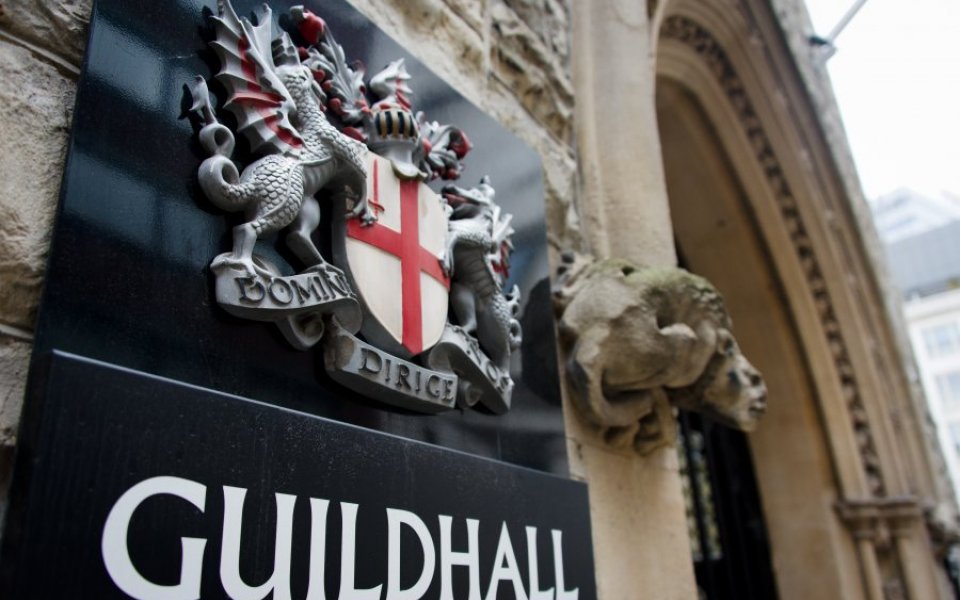 The City of London Corporation has moved one step closer to campaigning for Britain to remain in the European Union, despite vocal opposition from many of its members.

In a move that sparked outrage among eurosceptic City figures but was welcomed by the pro-EU campaign yesterday afternoon, members of the Corporation's policy and resources committee voted 17-3 in favour of the motion: “Taking into account the views of City stakeholders and businesses, the City of London Corporation supports the United Kingdom remaining a member of the European Union.”

The Corporation’s Court of Common Council is widely expected to endorse the committee’s recommendation when it meets on 3 March.

After yesterday’s vote, Mark Boleat, who chairs the committee, said the Corporation “should not be a silent voice in the EU referendum debate”, adding, “We need to be relevant to the stakeholders of the modern-day City and to the businesses that are based not just in the Square Mile, but across the UK.”

But many City leaders took issue with the Corporation’s decision, saying the non-party political body should remain neutral in the run-up to the referendum on 23 June.

"I am absolutely horrified," Panmure Gordon market commentator David Buik told City A.M. today. "The City of London Corporation has always been a non-political organisation and I was hoping it would maintain that stance.

"In a way it does not surprise me as it appears there have been efforts to gag those who are of a different persuasion," Buik added. "This will not be the last time adverse feelings towards this decision will be vented."

Alex Deane, managing director at FTI Consulting and a member of the Corporation, agreed, telling City A.M. that the committee's decision should not be seen as representative of the entire Corporation.

"Our electors – residents, barristers, butchers, professional services businesses and law firms in my case – haven’t been canvassed in any meaningful way," Deane said, repeating earlier calls for the Corporation to remain neutral.

"No matter how much individuals might like to feel like they are at the heart of a national debate, sometimes it’s one’s job not to be, and not to take a position which is divisive," he said.

"We make ourselves powerful enemies and we gain no friends we don’t have already by going down this partisan path. We should host and facilitate debates, not adopt partisan positions in them. There will be a Corporation long after Mark Boleat’s term has expired, and long after the referendum is history."

In an open letter published on Monday in City A.M., more than a dozen City grandees urged the Corporation to remain neutral in the run-up to the In/Out vote. Former chancellor Lord Lamont and Risk Capital Partners chairman Luke Johnson were among those who signed.

Johnson told City A.M. yesterday he was “very disappointed” by the decision: “I can see why they have agreed this, because the EU is corporatist in nature. Those elements within the City Corporation who are biased in favour of bureaucracy; frankly have succeeded. They are not in favour of free enterprise, otherwise they would have at the very least remained neutral.”

A eurosceptic financial services group, the City for Britain, is expected to launch on Monday.

Yesterday, Deane and nine more City figures, all members of the Corporation, wrote a letter with another statement in City A.M., saying they agree with the "call for caution as the referendum debate is potentially divisive".

"The Corporation has a long term mission to promote and represent all of activities of the City of London and its residents," they said. "As members, we believe this can best be achieved by remaining neutral in the referendum debate, so we can work with all parties to fulfil that mission after the referendum, regardless of outcome."

But City sources took issue with the claims that the Corporation has always been neutral, telling City A.M. yesterday this is "not the first time the City of London Corporation has intervened on controversial matters", adding: "The Corporation has made clear it supports a third runway at Heathrow and wants the visa system to allow London to more easily attract the best people from the EU and beyond."