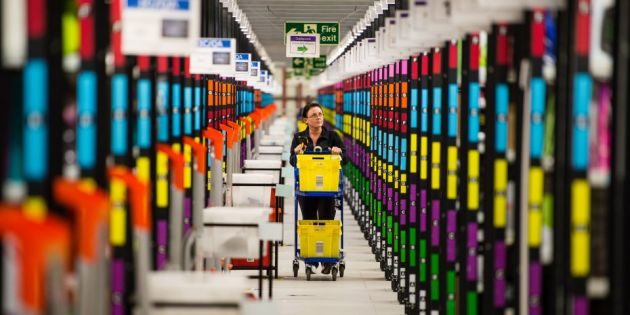 EU and UK feel the pain as global trade contracts

The European Union has been hit hard by the slowdown in international trade, data showed today, with the UK suffering more than most.

Exports from the EU fell 1.8 per cent while imports dropped 0.4 per cent. In the UK, exports slumped 3.3 per cent and imports were 1.6 per cent lower.

The US fared better, with exports falling just 0.2 per cent but imports 0.7 per cent lower.

The raging tariff war between Washington and Beijing has been the biggest factor weighing on international trade in 2019.

The OECD data came as tensions between the US and China flared up again after President Donald Trump signed a bill backing Hong Kong protestors. Beijing vowed retaliation, raising fears that a trade truce could be off the table.

“The Hong Kong bill is clearly a complicating factor,” said Commerzbank analyst Hao Zhou. “At the end of the day, the deal is not off the table,” he said, but the road towards it is “bumpy”.

Europe’s other largest economies felt the effect of the trade war in the third quarter, the OECD said.

France suffered slightly more than the UK in the third quarter, with exports dropping 3.6 per cent and imports falling 1.7 per cent.

Prime Minister Boris Johnson has said the UK’s position will recover if the General Election lets the Tories push through a Brexit deal, unleashing pent-up investment.

However, many economists are sceptical of the economic benefits of the deal as it would thrust the UK into uncertain trade negotiations.

Samuel Tombs, chief UK economist at Pantheon Macroeconomics, said if the Tories win only a small majority then “any recovery in sentiment early next year will be short-lived”.

He said Johnson faces a big challenge in “negotiating a comprehensive free trade agreement with the EU in less than 12 months” without a large and supportive majority.