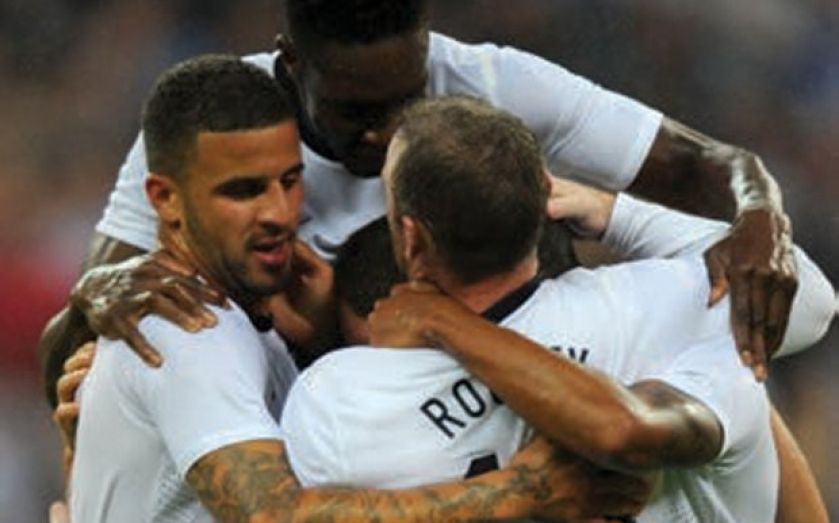 PREPARATION for the England team going into tonight’s crunch World Cup qualifier against Montenegro at Wembley has been far from ideal.

The serialisation of Harry Redknapp’s autobiography seemed to take a dig at manager Roy Hodgson as a safe pair of hands in the Three Lions hotseat; Jack Wilshire caused a storm with his comments on players not born in England representing the national team; Joe Hart’s form between the sticks has again been questioned and, to cap it all, defensive stalwart Ashley Cole is missing.

All that hasn’t had any effect on the bookmakers’ view of this match, though. England have hardened from 2/5 this week to 4/11 with Coral to win and take three of the six points needed to guarantee a trip to Brazil 2014.

In all honesty, Hodgson’s men should have wrapped qualification up a long time ago. In eight matches, they’ve only beaten whipping boys San Marino and Moldova, drawing all other ties versus the Montenegrins, Ukraine and Tuesday’s opponents, Poland.

And you’d be a brave punter to go piling in on a home win at those skinny odds, especially considering England have never beaten Montenegro in three previous meetings. They’ve all been draws and the confidence behind the hosts seems to be because the visitors are missing a number of key players, rather than a belief the Three Lions have suddenly improved.

Captain Mirko Vucinic, goalkeeper Mladen Bozovic, centre-back Marko Basa and midfielder Miodrag Pekovic are all missing for the Balkan outfit through injury while, Cole aside, Hodgson has his strongest squad available for a long time.

In-form Daniel Sturridge and Wayne Rooney are complemented by Danny Welbeck, Jermain Defoe and Rickie Lambert – who have hit 30 goals between them so far this term – and the quintet will carry the hopes of a nation as England try and break down a stubborn team who kept a clean sheet on their only visit here in 2010.

Although Hodgson is not everyone’s cup of tea, the fact remains that England have lost just one of 20 games under the former Fulham boss – and that was a friendly.

Montenegro are dangerous up-front, but they did get thumped 4-0 by Ukraine two outings ago and are without a win in their last three qualifiers.

Anything less than a win and there’s a real danger England will miss out on the World Cup, so expect them to get the job done. They are rarely spectacular, though, so I don’t expect a flurry of goals.

Selling total goals at 2.7 with Sporting Index looks a good bet and the 2-0 scoreline at a best-priced 11/2 with Coral also looks worth a wager.

Pointers…
Sell total goals at 2.7 with Sporting Index
England to win 2-0 at 11/2 with Coral