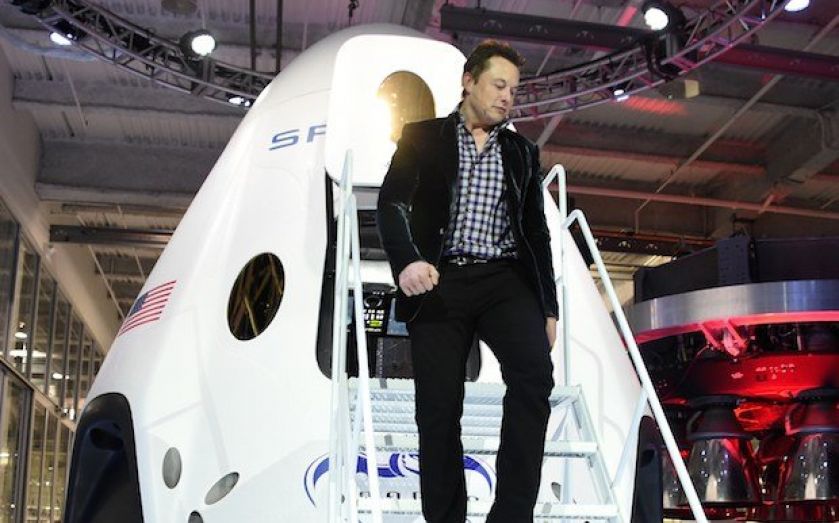 It’s a good day for PayPal founder Elon Musk; his SpaceX corporation has been selected by Nasa as one of the two firms to design crew capsules for transporting astronauts to the International Space Station (ISS).

The Commercial Crew Development programme has awarded SpaceX and Boeing a combined sum of $6.2bn to develop the capsules. The hope is that America can regain control from Russia over its space flight missions by 2017, which is when the existing contract with Russian space agency Roscosmos ends.

Since 2011, when America’s own shuttles retired from ISS operations, it has relied on Russian Soyuz vehicles to get there. The intention has always been to eventually end this practice – in 2010 the Obama administration charged Nasa with the job of seeding competing companies to restore American capability. Since then almost $1.5m has been released in funding, split between Boeing, SpaceX and the Sierra Nevada Corporation (SNC).

"From day one, the Obama administration has made it clear that the greatest nation on Earth should not be dependent on other nations to get into space," said Nasa Administrator Charlie Bolden.

But with tensions escalating between Russia and the West as a result of the crisis in Ukraine, being independent from Russia in its space operations has become increasingly important for America.

Not only that, but Russia is charging $70m (£43) for every US astronaut seat – this is regarded as excessive by American officials.

The money has not been evenly split between the two companies – Boeing is receiving $4.2bn while SpaceX is receiving almost half that at $2.6bn. The loser, however, is SNC, since they have not secured any contract despite receiving initial funds for the project. The budget, Nasa explained, was too stretched to continue funding all three firms.

“This wasn’t an easy choice but it’s the best choice for Nasa and the nation. The partnerships with Boeing and SpaceX promise to give more people in America and around the world the opportunity to experience the wonder and exhilaration of spaceflight. As long as our providers meet our requirements, we want to use them,” said Bolden.

“Today we are one step closer to launching our astronauts from US soil on American spacecraft and ending the nation’s sole reliance on Russia by 2017.”