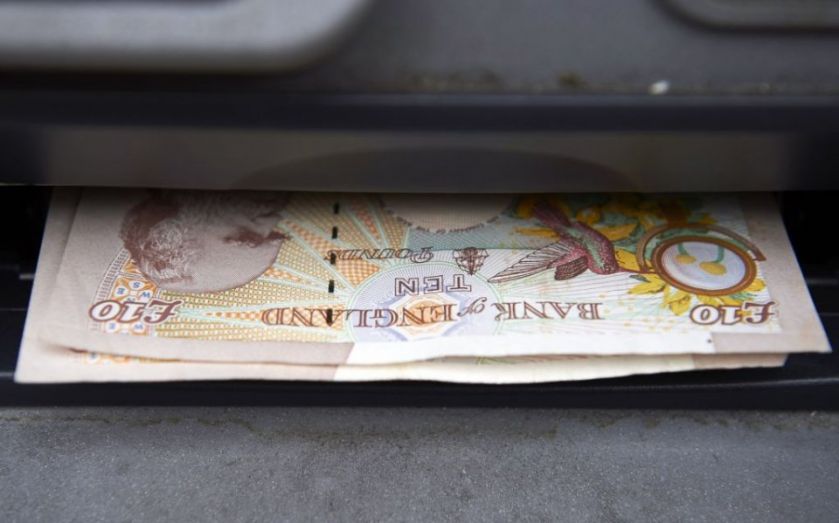 What is the disease you diagnose in our monetary system?

A. We have a strange monetary system. It is inherently unstable. It’s not the natural outcome of market forces. Most people don’t appreciate that the financial system is designed by politics. It’s a fiat money system based on government-controlled money, issued without limit under state monopoly by central banks. This means that banks can’t exist as independent capitalist enterprises.
As the supply of bank reserves is fully controlled by central banks, it means that central banks set certain interest rates and control the conditions for bank lending. That system is designed to allow the constant expansion of the money supply to achieve politically designed goals of employment and inflation. It is a tool for the state to control the economy.
The current mainstream thinks the elasticity of the money supply is an advantage – we can bail out banks and stimulate the economy – my argument is that the elasticity is exactly the problem. Elastic money must disrupt the market and generate enormous imbalances.

So the system is at the point of collapse?

I’m absolutely convinced that this system will collapse. Nobody can say when we will reach the endpoint, but I think in the next two to five years some big things will happen. That is a judgement call and needs to be distinguished from the fact that fully elastic fiat money is – on a conceptual level – suboptimal, inherently unstable and ultimately unsustainable.
Historically all paper money systems have collapsed. For 900 years they all ended in failure.  There is either a voluntary return to commodity money, apolitical money that is not under government control (Britain in 1821, the US in 1879, the Ming dynasty in the fifteenth century), or you keep printing and ultimately suffer inflationary breakdown (US continentals in 1781, French assignats in 1803, German reichsmarks in 1923, and many others).
The current German resistance to European Central Bank (ECB) unlimited bond buying is honourable, understandable and right, but it will probably be futile. I think the ECB in some shape or form will be forced to engage in large-scale bond buying. My first prediction is that central bank balance sheets globally will continue to expand. I think they will also buy other assets in order to support the system. We will see them in the market for other securities. At some stage they might buy bank shares, real estate, anything from student loans, car loans, to credit card debt. It all sounds extreme, but the Bank of England holding a quarter of all outstanding gilts sounded extreme a few years ago. The logic of the fiat money system is the central bank becomes the lender of last resort, not only to banks and governments, but also to the private sector. It will end in an inflationary meltdown, no question.

Is there an alternative?

Most people today cannot even consider an alternative system, but most of human civilisation was developed on inelastic commodity money. I would say the heyday of capitalism, of laissez-faire, was the late nineteenth century when we had a global gold standard. This was a time of rising international trade, growing productivity and prosperity. This was the first period of globalisation. It was a mistake to abandon the gold standard and certainly a mistake to cut any link to gold as we did in 1971. I think the move from commodity-based money to fully elastic money that has occurred over the last 40 years was a mistake.
A gold system would be superior. Its supply is inelastic – that’s why people always chose gold, and sometimes silver. Nobody can create it out of thin air. Even Alan Greenspan, when he was already Fed chairman, said: “In extremis, nobody accepts paper money. Gold will always be accepted.”
Traditionally the money of capitalism and free markets has always been commodity money. Wherever and whenever people were free to choose the medium of exchange, they used precious metals, ultimately gold.

What inspired you to write a book on this?

After twenty years in financial markets I had experienced firsthand the imbalances and dislocations of the system. What I found amazing over my years in financial markets is that although these imbalances became ever more prevalent and clear, nobody questioned our monetary system – nobody considered that the root cause of these problems could be our fiat money system.
I based my analysis on the Austrian school of economics, principally the work of Ludwig von Mises. One of my frustrations with working in finance was that I felt this is a line of thought that nobody seemed to pay any attention to. Part of what I’m doing with my book is to hopefully get people to reengage with this line of thinking.
Paper Money Collapse: The Folly of Elastic Money and the Coming Monetary Breakdown is published by John Wiley & Sons. Detlev Schlichter is a writer and Austrian School economist who has spent nearly twenty years working in international finance, including for Merrill Lynch, JP Morgan, and Wester Asset Management. He will be speaking tomorrow at an Adam Smith Institute event on his book.