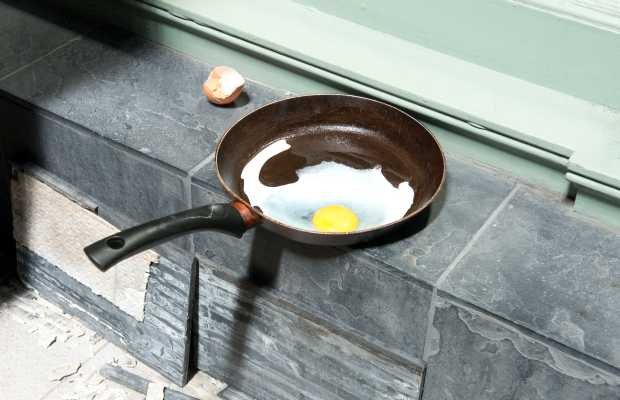 The developers of the Walkie Scorchie skyscraper – aka 20 Fenchurch Street – had hoped their building would be known for its striking design and its blue chip clients.

But instead City A.M. has revealed how the building has begun emitting a curious ray of light, started melting cars, set a carpet on fire and cracked tiles, and could now spread out around London.

And then we got hungry.

So we used the heat coming off the building to fry an egg.

The recipe for Oeuf à la Walkie Scorchie is easy to follow.

Here's the end result, fried on the steps of the Viet Cafe, where the nice people are having to put up with the world's media outside their door – while the light causes damage to their building.

It was one of the best egg sandwiches I've ever made – although a little too well done for my liking.