Back in 2015, I was convinced the UK was heading for another hung parliament. The following year I expected a comfortable Remain victory in the EU referendum. A few months later, turning to the US, I was certain that Hillary Clinton would trounce Donald Trump at the ballot box. Then, just to compound things, I predicted a three-figure majority for Theresa May in 2017.

Such bafflement came to mind recently when I heard Kelsey Grammer on Radio 4. The actor, famed for playing sitcom Frasier’s protagonist, is also famed for being that rarest of breeds: a Hollywood conservative. All well and good, but the odd thing was his response when asked why he backs Donald Trump.

How Republicans can continue to shrug off or ignore Trump’s big government instincts, I do not know. What would it take for them to turn against their free-spending, wall-obsessed, tariff-loving, central bank-bashing, media-hating, “debt king” of a President?

In fairness, they may look across the spectrum and believe that, incredibly, they are still on the side of limited government – at least compared to the emerging Democrat left. With just 20 months until the 2020 election, it is sad to see Democrats fleeing the sensible middle-ground, which has been abandoned by Trump.

If the US centre-left is so enamoured with European social democracy, why can it not understand the pro-business sentiment behind Blair’s Third Way, Germany’s ordoliberalism, and the Scandinavian model?

While politics in the UK is hardly enviable at the moment, I can’t help worrying about the state of the debate across the pond. Is there really no room left for New Democrats, Rockefeller Republicans, or even Reaganites? 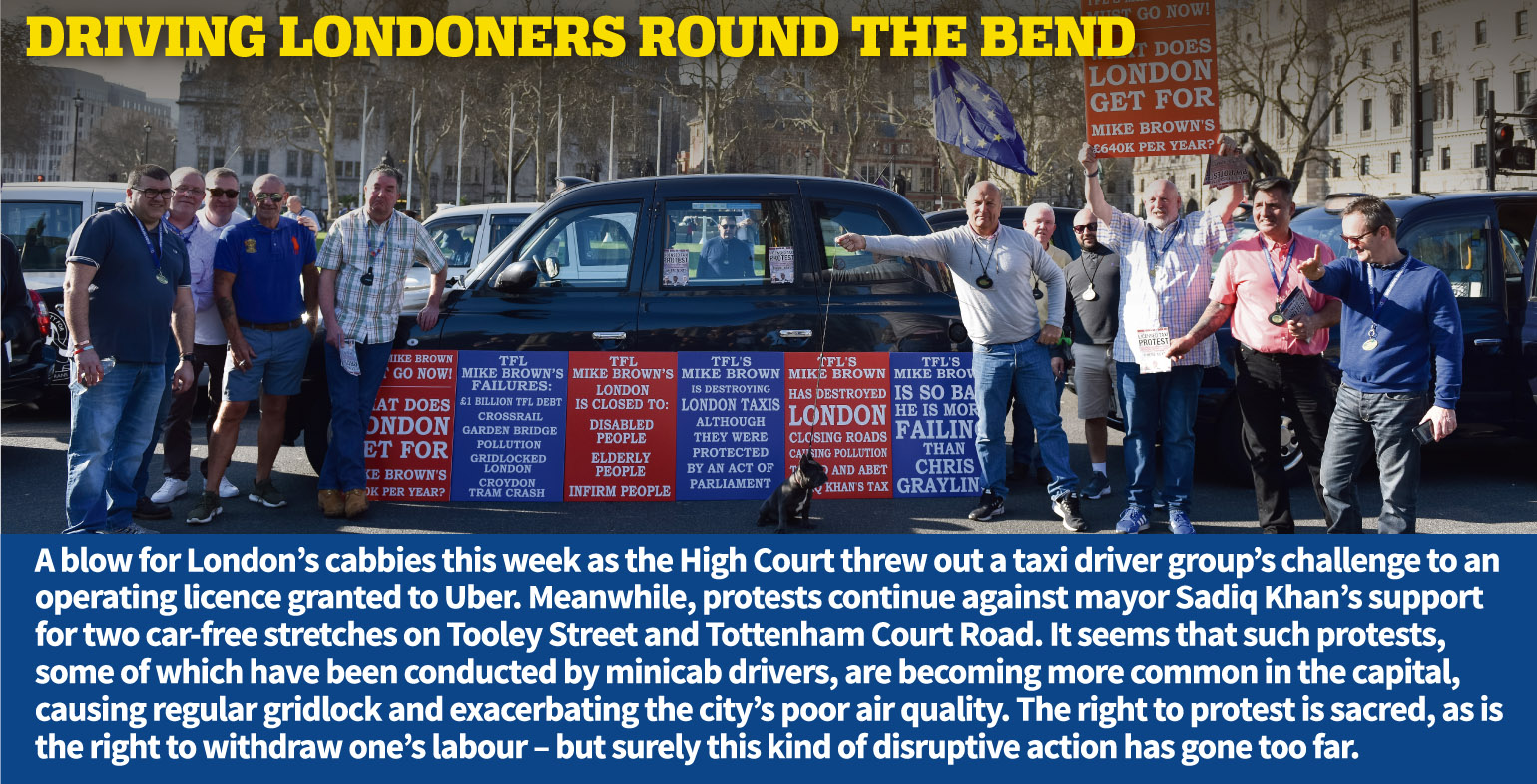 The spinners’ revolving door has been rotating quickly in the City of late. Yesterday, we reported exclusively that the good folk at Maitland are cutting ties with embattled retail guru Sir Philip Green – and who can blame them? There has also been a change on the Metro Bank account, after Tulchan left its role following confusion around the high street lender’s accounting error. Back in January, Metro Bank originally said it had found the error itself, before being forced to back down and admit that it had been spotted by City watchdogs. Thus Tulchan left its position and was swiftly replaced by Teneo. The newbies have not had an easy start, however, after reports of a £350m cash call emerged before the stock exchange closed on Tuesday this week. Metro swiftly brought forward its update to the market, which managed to annoy Fleet Street after burying news of a regulator probe in the accounts by mistake. As we said in Wednesday’s newspaper – what a dog’s dinner.

In praise of the North Bankers

It was good to see Eric Salama enjoying life last weekend following the horrific knife attack he suffered earlier in the year. The boss of marketing research giant Kantar appears to have recovered and was fortunate enough to watch Arsenal’s 2-0 victory over Southampton besides legendary Irish midfielder Liam Brady. Salama, of course, is not the only big business figure to support the Gunners. A quickly-cobbled-together list of other red and white financial maestros includes:

With such a range of business talent emotionally invested in the club, you’d think American billionaire owner Stan Kroenke might tap some of them up to boost his uninspiring eight-year reign…