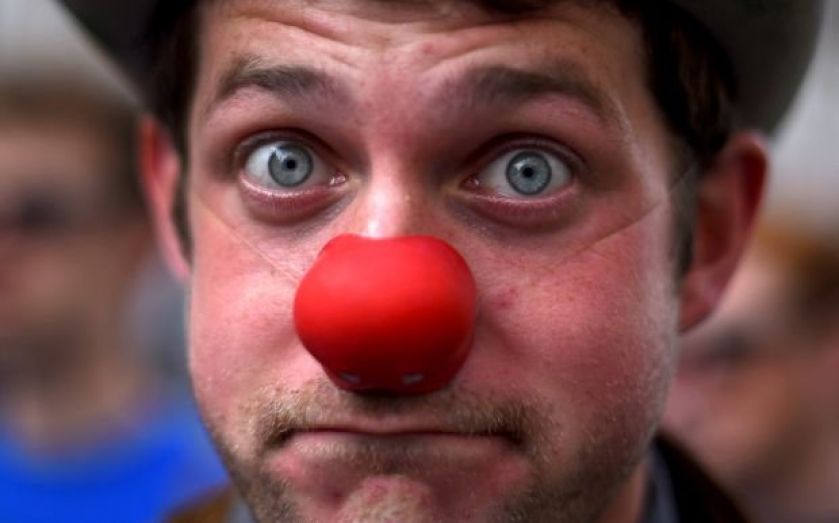 The largest arts festival in the world is preparing to wrap for another year. Thousands of performers have taken to hundreds of stages over the course of the month-long event, which will go out with a bang on bank holiday Monday.

Originally a theatre festival, the fringe now encompassed comedy, theatre, dance, cabaret, magic and more. Highlights from this year’s show included Fringe stalwarts Jack Dee and Stewart Lee deadpanning their audiences into submission, while the ever-brilliant comedian Daniel Kitson performed a brace of midnight shows called A Variety of Things in a Room, which featured electro music and songs, as well as the odd joke.

It’s all a far cry from the Fringe’s humble roots, when, in 1947, a troupe of eight theatre companies gatecrashed the Festival proper (which involves lots of kilts, bagpipes and fireworks) and formed their very own “fringe” event.

Below is the list of the nominations for the Foster’s Comedy Awards best comedy show, the winner being announced on 23 August: remember these faces, you’ll be paying £80 to see them at the O2 Arena soon enough.

Alex Horne looks like a 19th century pugilist and he’s channelled the Victorians’ spirit of invention for his latest Edinburgh show. In Monsieur Butterfly he builds a mysterious contraption out of a humdrum assortment of objects bought from a hardware shop – what is he making? The audience are kept guessing, ensuring that “even if you don’t enjoy it, you won’t leave before the end.” It’s the kind of inventiveness we’ve come to expect from a relative veteran of the Fringe who was nominated for a newcomer award in 2003. This is our pick of the bunch.

Will it be third time lucky for James Acaster? Acaster has been nominated twice before and he won universal acclaim for his 2014 show Recognise, in which he plays an undercover cop trying to infiltrate a comedy industry drugs ring. A comedian pretending to be a policeman pretending to be a comedian – an ambitious concept that could easily have failed in less capable hands.

Sara Pascoe has produced consistently compelling stand-up in recent years, covering everything from the portrayal of women in the media to German philosophy. This year she turned her probing mind to relationships, and as you would expect, it wasn’t an hour of Sarah Millican-style self-mockery. Instead it was a madcap lecture on the politics and biology of sex, a tangential voyage as intellectually stimulating as it was funny. Last year the only woman on the list walked home with the prize – no one would be shocked if the same happened again.

A softly spoken Yorkshire lad with an uncompromising message, Liam Williams’ 2014 Edinburgh show (entitled “Capitalism” to ward off stupid people, apparently) was lauded by critics for its marriage of serious issues and stellar gag-writing. Williams rails against consumerism, the internet and apathy, and rails against himself for partaking in all those things. Like many of comedy’s all-time greats, Williams traverses the gap between personal and political, seeming at once angry, impotent and vulnerable. Of all the nominees Williams is probably the most serious, but he’s no less funny for it.

Romesh Ranganathan’s surly everyman schtick has delighted Fringe audiences ever since he made the transition from acting to comedy in 2010. Last year he was nominated for best newcomer, and this year’s show, which explores self-improvement, veganism and interracial relationships, is up for the big one. He’s not a frontrunner (some critics were left cold by his unfiltered misanthropy), but if he carries on improving at the same rate, he’s a dead cert for a gong in the future.

There’s a method to his madness. Probably. Everyone’s favourite screaming Aussie returned to Edinburgh with another show that scared, perplexed, disturbed and (sometimes) amused the Edinburgh crowd. Simmons wants his audience to laugh but he doesn’t mind if they just sit there looking confused, as it gives him an excuse to harangue (“if you’re not laughing you’re dead to me!”), a crucial part of any Simmons set. The show features the weirdest haling of a bus you’re ever likely to see. It’s perhaps a little too weird for big prize, even if he has been nominated before.

Short and sweet. Well, quite sweet. In his tousled wig, bucked false teeth and comedy glasses, John Kearns’ 40 minute set is a riff on fame (his act won best newcomer award last year), the joke being that he isn’t really that famous at all. Kearns lapses in and out of character, refusing to clearly delineate between John Kearns the 27 year old man from Tooting and John Kearns the wigged odd-ball comedy character. It is an intriguing show but at only 40 minutes it’s unlikely the judges will deem it substantial enough to warrant the main prize.