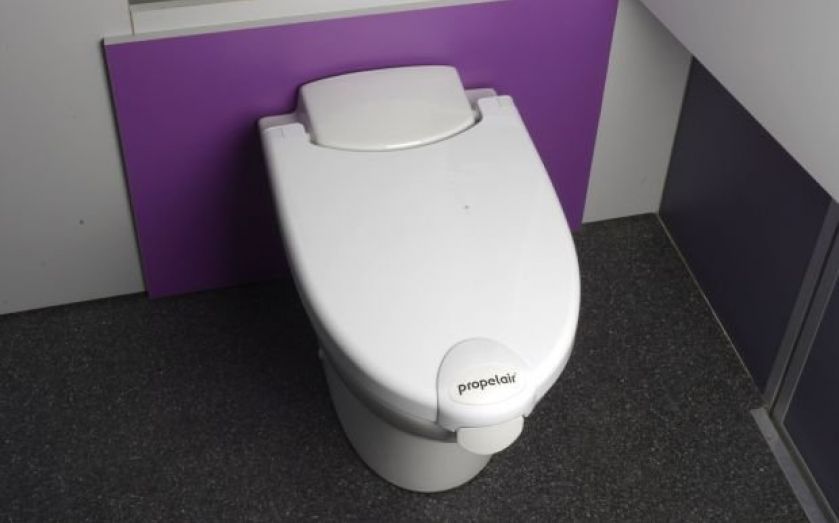 Propelair will use the funds to support the expansion of its sales, marketing and installation teams. It will also provide working capital for the firm to widen its customer base and build stock and supply.

Propelair has developed a new type of water-saving toilet system which uses an innovative air-based operating principle that requires only 1.5 litres per flush, compared with the UK average of nine litres.

The firm views the systems as ideally suited to new developments and also as a retrofit in existing commercial buildings, bringing water savings which provide fast payback for customers.

It also points out the Propelair toilet is more hygienic than conventional units as it is said to be able to remove more than 99.9 per cent of waterborne contaminants and suppress the creation of airborne contaminants.

As it produces less sewage, less treatment is required, reducing carbon emissions and lessening the emptying of holding tanks, which saves money.

The system launched in 2013, and has been adopted by a number of organisations, including Birmingham NHS Trust, Brighton and Hove Council, London School of Economics and McDonald’s.

Commenting on the investment, Propelair founder and chief executive Garry Moore said: “We always knew we had an excellent product. Organisations are very concerned about the rising costs of water and energy and aware of their obligations to provide a sustainable and hygienic workplace without compromising standards.”