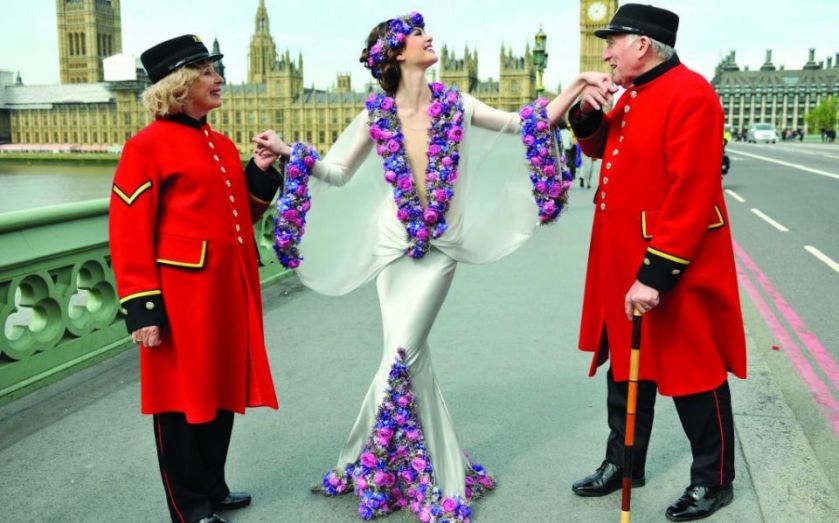 The RHS Chelsea Flower Show is always a big event for the City, with ex-Marks and Spencer boss Stuart Rose, new Credit Suisse chief exec Tidjane Thiam and Lord Browne just a few of the business heavyweights who have attended in the past. 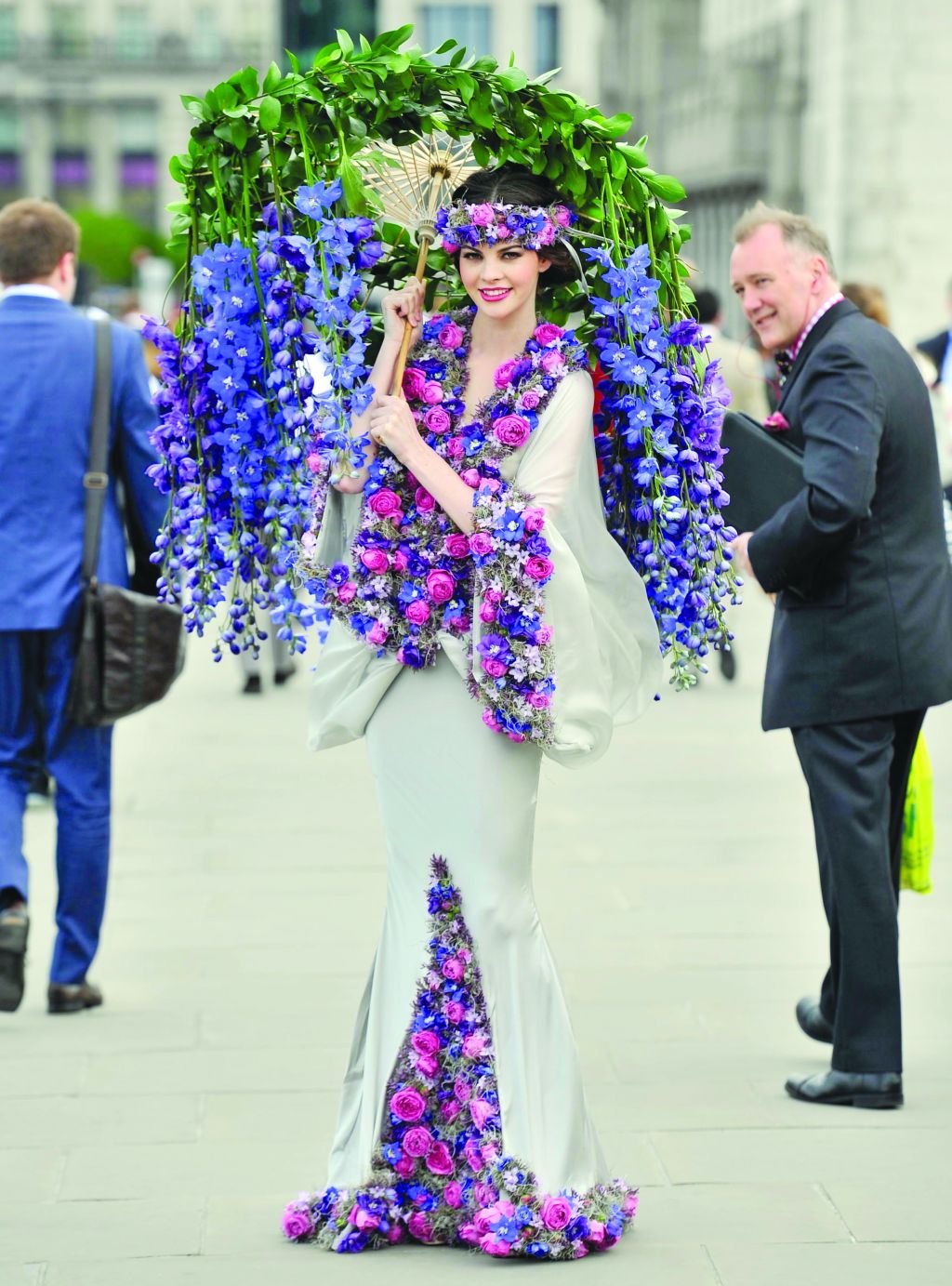 The 1930s-inspired dress features over 1,200 delphiniums, hyacinths and spray roses

And yesterday the show came to the City, ahead of its official launch next week, in the form of a display specially commissioned by M&G Investments to celebrate its sixth year as title sponsor of the Chelsea Flower Show. 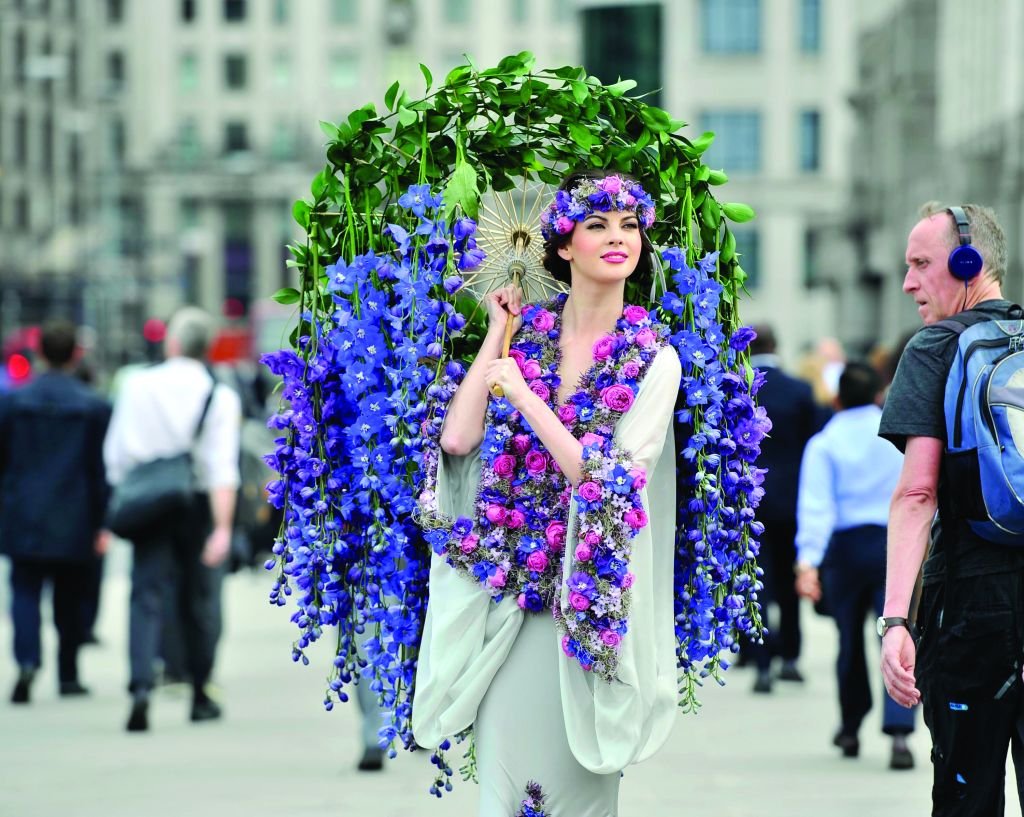 The dress took over 200 hours to create

Created by florist Larry Walshe, the 1930s-inspired dress features over 1,200 delphiniums, hyacinths and spray roses, and took over 200 hours to create.