Sterling is now trading at well under $1.30 to the pound, the lowest it has been for 31 years. Is this a cause for gloom or celebration? Most people seem to be depressed by what is happening, but they ought to be rejoicing.

The UK’s exchange rate rose massively during the monetarist era in the 1980s, and again towards the end of the 1990s as we started selling off UK assets on a scale unmatched anywhere else in the world. Having been at $2.00 to the pound for most of the 2000s, it dropped to $1.50 between 2007 and 2009, and then drifted up again – until the Brexit vote. While all this was going on, economies in the Far East devalued their currencies, reducing their costs on world markets and leaving themselves with a massive competitive advantage.

Very few UK manufacturers involved in internationally tradable goods could survive in these circumstances – and they didn’t. As a result, the proportion of GDP coming from manufacturing in the UK fell from almost one third as late as 1970 to barely 10 per cent now. As profitability in light engineering collapsed, and growth in the economy slowed, investment as a percentage of GDP fell too. Whereas the world average physical investment as a percentage of national income is 26 per cent – and nearly 50 per cent in China – in the UK the ratio has fallen to a pitiful 13 per cent.

And because we produce so few goods, we cannot pay our way in the world. Even now, despite the way we have treated manufacturing, well over half our exports are goods rather than services. The last time we had a trade surplus was in 1983 and our overall balance of payments has been in the red every year since 1985. What has filled the gap? Endless borrowing and asset sales. 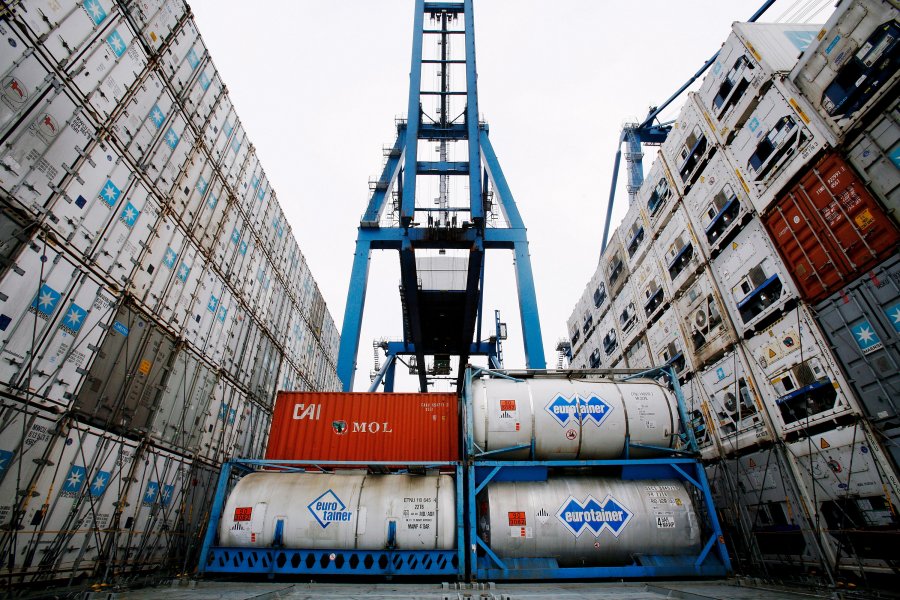 As a nation, we used to have more overseas assets than liabilities. Not any longer, which is why our net income from abroad, which until quite recently was about £20bn per year positive, is now around £40bn per year negative. And because this foreign payments balance is more or less the mirror image of the government’s deficit, the government, as well as the country as a whole, is running up debt at a frightening speed.

Read more: The IMF is too gloomy: Britain's economy is getting stronger not weaker

Partly as a result of our rapidly increasing population, we have had some growth recently, but it has been slow, especially if measured per head of the population. It has not been driven, as it should be, by net trade – exports minus imports – and investment. On the contrary, it has largely been financed by equity release and stock exchange and house price inflation, as asset prices have rocketed up on the back of ultra-low interest rates.

And why do we have these conditions? Because foreign payments deficits suck demand out of the economy, which has to be replaced somewhere – by the government, consumers, businesses, actually all three at the moment – spending more than their incomes.

So we have bought our high exchange rate at a very high price, although perhaps the biggest cost is yet still to be fully recognised.

The effect of an over-valued exchange rate is not particularly disadvantageous for the service economy, which is not very price sensitive and where we have plenty of natural comparative advantages. Where the shoe really pinches is in our erstwhile industrial areas where good blue collar manufacturing jobs now barely exist. So the other huge consequence of too strong a pound is massive inequality, a deeply divided country and the benefits of globalisation spread so unevenly across the UK as to present a major challenge to the country’s political stability.

Since the Brexit vote, sterling has dropped by rather more than 10 per cent. Not enough – but heading in the right direction if we are serious about having a viable and sustainable future.