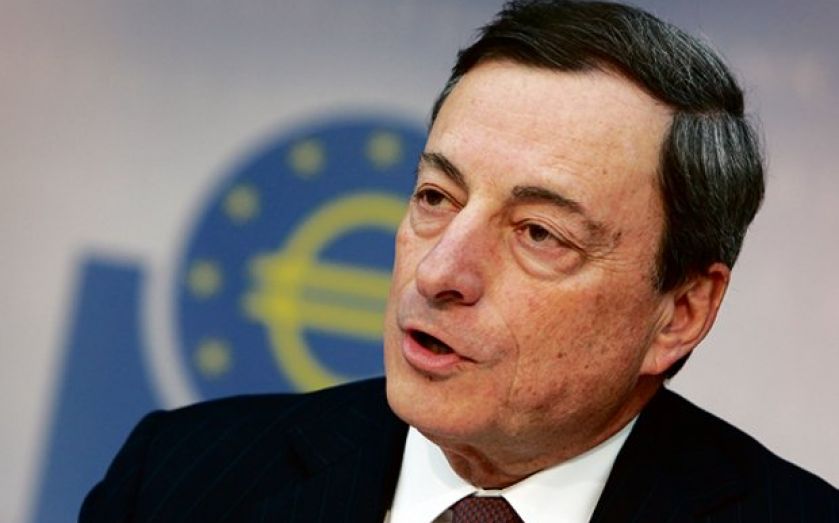 EUROPE’S banks will get more support if there is any sign of them hiking the interest rate at which they lend to each other, European Central Bank (ECB) boss Mario Draghi said yesterday.Speaking to the European parliament he reaffirmed his commitment to keep interest rates low until the economic recovery is firmly established.And he said he could repeat the policy of pumping banks full of cheap money, should the circumstances require the extra support for lenders.“We are ready to use any instrument, including another Long-Term Refinancing Operation (LTRO) if needed, to maintain the short-term money market rates at a level which is warranted by our assessment of inflation in the medium-term,” he said.At the end of 2011 and in February 2012, the ECB carried out a pair of three-year LTROs, in which banks borrowed more than €1 trillion (£841bn) from the central bank.In exchange for posting collateral in the form of loan portfolios at the ECB, the banks borrowed at a rate of just one per cent.Draghi said the policy has been a major support to the economy.“Ensuring that solvent banks remain liquid has contributed to avoiding an abrupt deleveraging which would have deeply damaged the economy,” the ECB president argued.