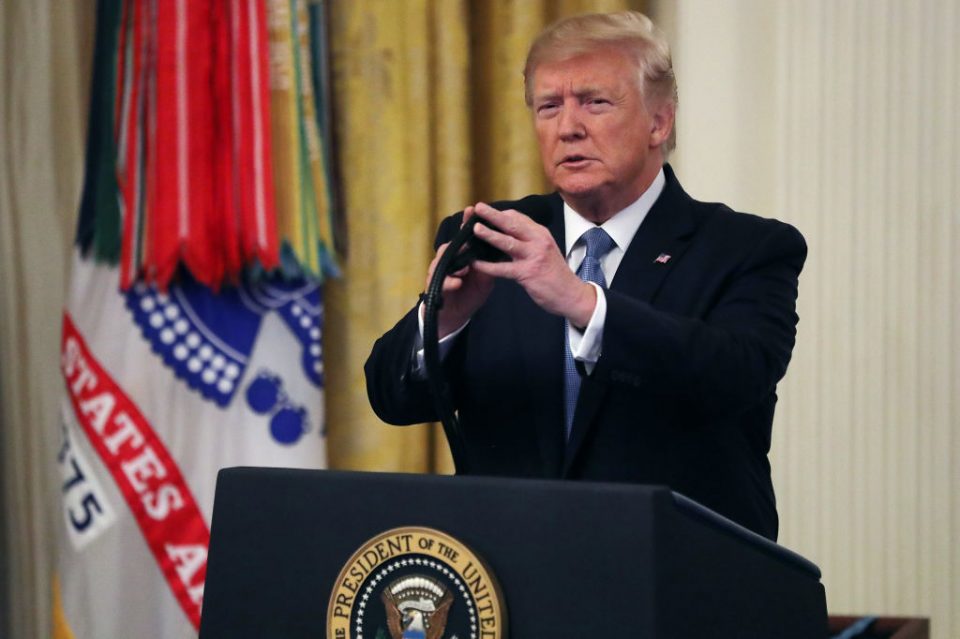 Number 10 has defended Boris Johnson’s Brexit deal after President Donald Trump threatened it could thwart a trade agreement between the UK and US.

Trump warned the US “can’t make a trade deal with the UK” under the terms of the Prime Minister’s EU withdrawal agreement.

Downing Street retorted that the deal meant the UK “can strike our own free trade deals around the world”.

A spokesperson added that “every part of the UK will benefit” from such trade agreements.

Trump’s comments in an LBC interview with politician Nigel Farage come ahead of a 12 December general election the Prime Minister has called.

Jeremy Corbyn accused Trump of trying to “interfere” in the election after Trump said Corbyn would prove “so bad” as leader of the UK.

In contrast, he called Johnson “the exact right guy for the times”.

Corbyn responded by saying Trump as trying to help “his friend” Johnson.

The Prime Minister, who came to power from an internal Tory party vote over summer, hopes to win a majority big enough to push his Brexit deal through parliament.

He called an election after MPs failed to approve his withdrawal agreement earlier this month. That meant Brexit will be delayed until 31 January 2020, from the scheduled departure date of 31 October, after EU leaders backed another extension.

“To be honest with you,” Trump added, “this deal… under certain aspects of the deal… you can’t do it, you can’t trade.

“We can’t make a trade deal with the UK because I think we can do many times the numbers that we’re doing right now and certainly much bigger numbers than you are doing under the European Union.”

Read more: US lawmakers take Donald Trump impeachment motion to the next stage

Trump had promised the UK a “very big trade deal” back in August.

Downing Street said that Johnson’s deal “ensures that we take back control of our laws, trade, borders and money”.

Trump also rejected Corbyn’s accusation that a post-Brexit trade deal would give US companies access to NHS contracts.

The US President said “we wouldn’t even be involved in that. It’s not for us to have anything to do with your healthcare system. Nop, we’re just talking about trade.”