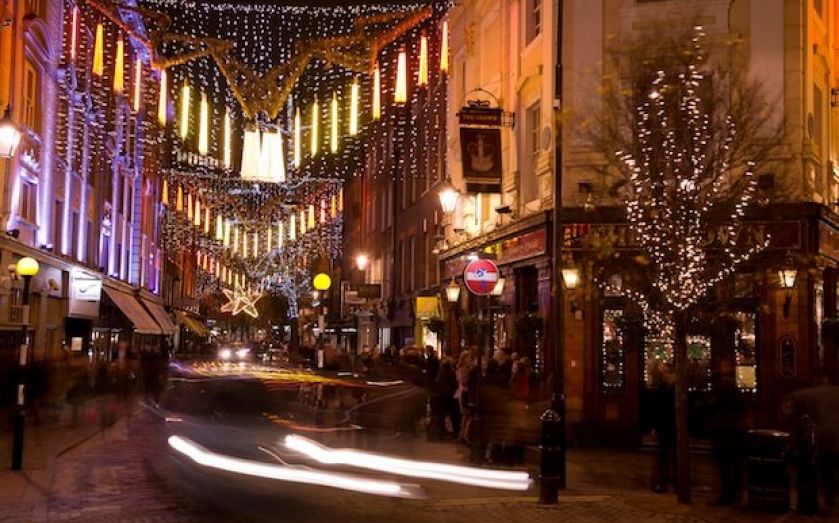 CHRISTMAS has become a magnet for miserabilists. Those sections of society that make a living from fretting over what the rest of us are eating, drinking and doing in our bedrooms are drawn to Christmas like moths to light, spying an opportunity to hector us about our gluttony and hedonism.It’s got to the stage where Christmas just wouldn’t feel the same if, alongside the turkey and copious cups of booze, we didn’t also have a Yuletide lecture about our alleged depravity.This year, the curmudgeons of the anti-consumerism movement have been out in force. The Scrooges of Buy Nothing Day organised “Christmas zombie walks” on busy shopping streets to show what they think of the masses snapping up gifts for family and friends. George Monbiot, the High Priest of “Bah, Humbug”, says Christmas is now just an opportunity for a “global bulls**t industry” – that is, corporations with stuff to sell – to foist on consumers “things no one needs or even wants”.Where most of us view Christmas shoppers as folk on the lookout for something nice for a loved one, snooty radicals see only mind-manipulated drones, puppeteered by laughing capitalists.Greenpeace is also spreading bad cheer, with its campaign “Save Santa’s Home”. The North Pole “is melting!” “Santa can no longer function”, it says. Once, the most mean-spirited Bah Humbuggers would take pleasure in telling kids Santa doesn’t exist; Greenpeace has gone one better, effectively telling kids that, by having the temerity to live in a modern, carbon-fuelled society, they’re causing the ice caps to melt and Santa to die.It goes further. The NHS is worried we’re going to scoff and booze ourselves into an early grave, so it has published The 12 Health Days of Christmas. Its patronising tips include telling us not to drink more than three to four units of booze on Christmas Day. That’s about a pint-and-a-half of lager. Are they serious? I plan to have that much at breakfast.The seasonal killjoys also have a warning for anyone planning to kiss, or perhaps do more, under the mistletoe. Charities have issued warnings about “the dangers of unsafe sex [during] the upcoming party season”. Fair enough, but Happy Christmas, one and all!What the hedonism haters can’t abide about Christmas is that it’s a time when people let rip – when we spend cash we often don’t have, get hammered, and sometimes get laid.To the green-leaning, thrift-celebrating elites who fancy themselves as moral guardians of the dumb masses, such antics are to be feared rather than cheered.Well, we should tell them to join our turkeys and get stuffed. For the things they hate about Christmas are actually wonderful, humanistic moments.People come together, and break the bank to buy gifts for mates and break the rules of normal life by eating and drinking far more than any human being should, all in the name of spending happy times with people they love. Who but the most Dickensian misery guts could find such a season scary?Brendan O’Neill is editor of spiked online.