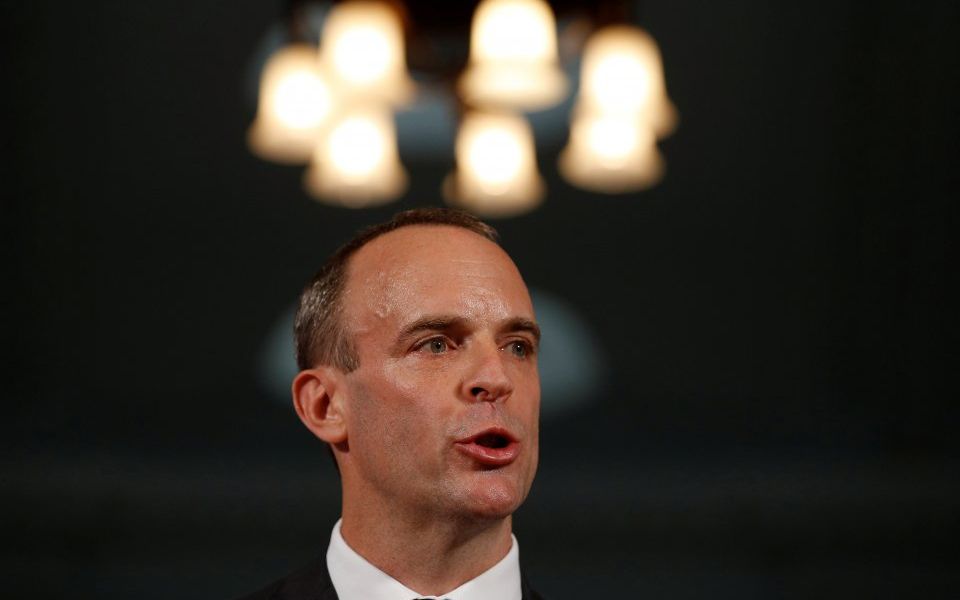 Dominic Raab is "stubbornly optimistic" that a Brexit deal is within reach, he said today at the end of another week of negotiations with the EU.

But Michel Barnier warned that a Brexit deal will not be possible if the two parties cannot reach a backstop agreement for the border with Northern Ireland.

"With no backstop there will be no agreement," he said.

In a joint press conference the two negotiators said that good progress had been made on a range of issues. These include the protection of personal data and intellectual property, judicial procedures, and geographical indicators on goods from particular areas.

Barnier agreed that several issues had been discussed, but added that there were a few other issues still outstanding to discuss.

Raab also indicated that the deadline of reaching an agreement by the time of the next Council in October, even though negotiators have privately indicated this deadline is unlikely to be met.

He agreed that work was needed on the Irish border and that his team remains committed to working together. But he added that any solution needed to be "workable" for communities in Northern Ireland and the Republic of Ireland.

However City A.M. revealed today that other member states are preparing to "fudge" a deal on the Irish backstop, giving greater flexibility in order to get a deal done.