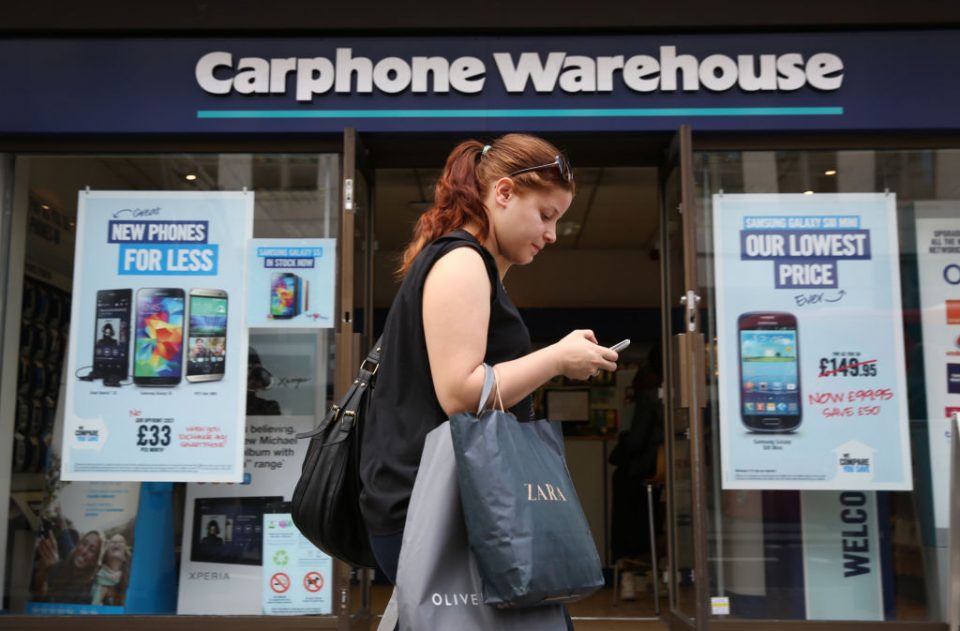 Dixons Carphone posted a double-digit drop in mobile phone sales during the last quarter, but said today that it was still on track to meet its financial guidance for the year.

The consumer electronics giant, which has been hit by a growing volume of customers keeping their handsets for longer and going for SIM-only deals rather than long-term contracts with a specific network, reported a 10 per cent drop in like-for-like mobile phone sales in its UK & Ireland markets during the 13 weeks to 27 July.

The group said the fall was in line with its plan, in “what continues to be a challenging traditional postpay market”.

Dixons, which revealed huge losses of £259m in July and warned of “more pain” to come in its mobile phone division earlier this summer, said today that it was on track to meet its commitments, both in terms of trading this year and its longer-term transformation.

Shares in the group have plunged more than 30 per cent in the last 12 months, with the changing nature of mobile phone habits putting the firm’s finances under strain.

Despite the slump in its home market, Dixons enjoyed a four per cent rise in like-for-like revenue overall, bolstered by higher sales in the Nordics and in Greece.

A strong performance in white goods, tablets and gaming helped deliver a two per cent revenue rise in electrics in the uK & Ireland, despite a slight fall in large screen TV sales compared with gains made as a result of last year’s World Cup.

Boss Alex Baldock said in a statement: “The current political and economic climate is volatile but, assuming no material disruption from that, we stand by our full year guidance.”

He added: “We remain committed to growing Electricals sales and headline profits in UK & Ireland and International this year, and to this being the trough year for mobile losses.”

The group will publish its interim results on 12 December.