Disruptive technology isn’t a miracle: We can harness its future power now 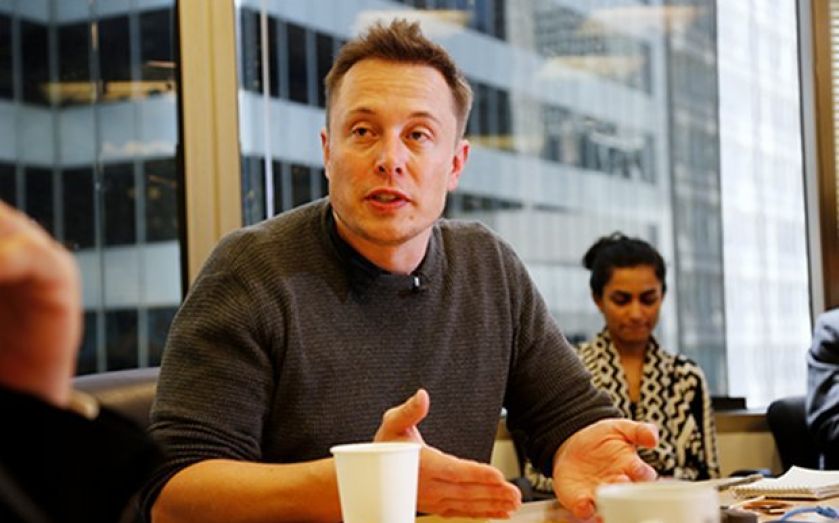 THE ASTONISHING rise of firms like Twitter (founded just seven years ago, yet now expected to float for $10bn), is often seen as a grand romantic narrative – an exciting story, difficult to predict. But transformation, disruption, and change should be easier to forecast. The only weapon we need is the deceptively simple power of a basic piece of algebra: the humble exponent – the basis for understanding exponential growth.Yet more powerful than knowing why new technologies and ideas change the world are the rewards in competitive advantage, growth, and commercial and social progress for those who can plan for exponential innovation. But first we must get over a major barrier: the impact of the exponent in emerging technologies is poorly-understood.Lets try an experiment. Finish this sequence [2,4,?,?]. If you said 6,8 and continued for 100 iterations you’d end on the number 200. This is incremental growth. But if you said 8,16, and continued for 100 iterations, you end up with 1,267,650,600,228,229,400,000,000,000,000. This is disruptive. Most innovation is incremental and gradual – we learn by doing. The cost of a function decreases as a function of cumulative production. This is Wright’s Law.Exponential rates of growth, however, produce seemingly unpredictable disruption and feature in all kinds of emerging technologies, particularly information and digital. Moore’s Law suggests computing processing power doubles every two years, Kryder’s Law that magnetic storage on the same size device doubles every year. There are similar laws for network capacity, nanotechnology, bandwidth, and biotechnology.The everyday examples are numerous: from USB drives that suddenly have more capacity than your laptop hard drive, to phone cameras that suddenly compete with high-end professional units. On a grander scale, the exponential growth of computing power contributed to the shockingly swift mapping of the Human Genome, and to smartphones the size of your wallet more powerful than the supercomputers that sent a man to the moon. We can even think about the impact of the internet as an exponential story of hosts simply doubling on the network annually since the late 1960s.So planning for disruption and change, fuelled by transformative technologies, need not be bewildering. Management guru Peter Drucker has said that “long-range planning does not deal with future decisions, but with the future of present decisions”. If you’ve just been elected Prime Minister, and you plan for the realities of exponential technological power, you should anticipate that technologies available will be four times as powerful at the end of your first four years, and sixteen times as powerful by the end of two terms. When you consider the impact this pace will have on sensors in smart cities, wearable technologies for the quantified self, communities, and big data, you have the foundation for engineering a technologically augmented Big Society eight years down the road, carefully planned, anticipated and strategically executed.In finance, technological innovations in high-frequency trading and crypto-currencies like Bitcoin are both disruptive but predictable. If you assume Bitcoin is heralding an era of virtual rigs, mints, and mineshafts, you are on the right track. If you think too much about Bitcoin specifically you are adrift. For Bitcoin, metaphorically read Google’s predecessors like Alta Vista, Excite, Infoseek, or Netscape. The Google of crypto-currencies is around the corner, and will benefit from further exponential advances in virtual mining technologies. It will be hugely disruptive to financial markets and organisations, but it will not be unpredictable.The problem is that, while technological progress is exponential, human ideas and innovation tend to be linear: ever advancing, but standing on the shoulders of giants. Bridging the gap between exponential technologies and linear human development is the task of creativity and innovation.The Hyperloop project and entrepreneurs like Elon Musk grasp exponential theories at their core. The basic assumption of these kinds of innovators is that, by the time we get around to building it, the technology will be ready. Equally, we can look at technologies like powerful ultra low-compression diesels as the result of relentless incremental innovations outstripping even the fuel economy of disruptive hybrid cars. For the rest of us, the challenge is using the tools and knowledge available today to plan and manage the exponential innovations of tomorrow.Dr Chris Brauer is a senior lecturer in the Institute of Management Studies at Goldsmiths, University of London. To find out more about technology’s impact on our future, visit the RE.WORK Summit this Thursday in London. www.re-work.co/tech