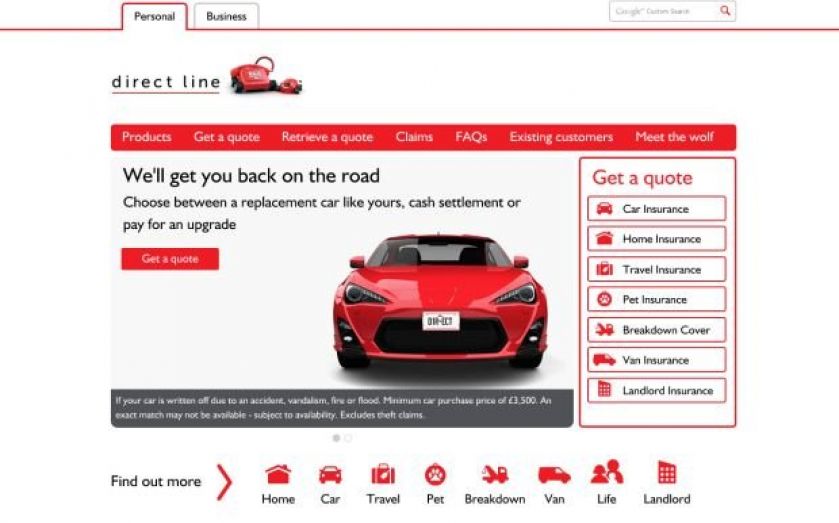 Insurer Direct Line looks set to join the coveted FTSE 100 listing this week alongside newcomer Dixons Carphone, as the FTSE committee conducts its quarterly review. The changes are likely to be announced later today and could also see homebuilder Barratt demoted out of the top 100 blue chip companies. The developer only joined the index in March this year. The changes will become effective from next Monday. Direct Line has seen its stocks rise almost 40 per cent in the past year and jump by over 6.5 per cent in August, off the back of a strong set of results. It joined the FTSE 250 in December 2012 after Royal Bank of Scotland carved it out of the main business and has a current market capitalisation of £4.51bn. Dixons Carphone, which is also expected to make the FTSE 100 grade, is a relative newcomer after a merger between the previously sererate companies completed in July this year. It has an estimated value of £4.26bn and is the largest UK retailer of mobile phones and electricals. The review of companies listed on the index takes into account changes in the total value of each business. There is an additional review of businesses in the FTSE 250 category and companies that are 111th biggest or smaller in the FTSE 100 move down, while those in the FTSE 250 that are 90th biggest or larger move up. The two companies that could lose out are Barratt Developments and Rexam, which makes cans for soft drinks. Barratt has watched shares slide in response to concerns that the Bank of England may raise interest rates sooner than expected. Rexam has a market cap of £3.54bn and was one of the original companies in the FTSE 100 when it launched in 1984. In the FTSE 250, notable new additions include Saga, TSB Bank and Zoopla Property Group. Card Factory also gets a look in.