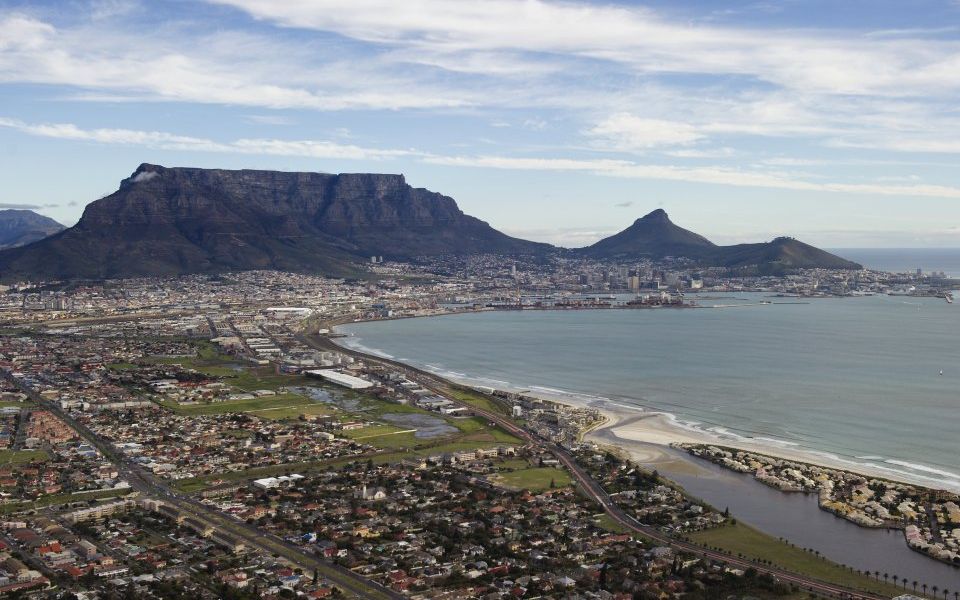 Table Mountain looms over the harbour city of Cape Town, its extraordinary topography a constant reminder of the city’s precipitous place on the extremes of the African continent. The capital of the Western Cape province and the seat of South Africa’s Parliament, Cape Town was once the largest city in the country, until a gold rush in 1886 – the largest the world had ever known – established the town of Johannesburg.

But if gold defines Johannesburg, it’s cargo that defines Cape Town. The port was first developed by the Dutch East India Company as a resupply station for ships sailing onwards to the Far East, though it soon became a cultural hub and trading post in its own right. For centuries, cargo awaiting shipment was stored in warehouses and silos along the waterfront, and it’s these buildings that give the harbour its distinct character.

Originally built in 1921, and at the time the tallest building in sub-Saharan Africa, one historic former grain silo complex still towers above the Cape Town skyline. Renovated in 2013 by Thomas Heatherwick – the London artist behind the new Routemaster bus, the 2012 Olympic Cauldron and the upcoming Garden Bridge – the structure has two parts. In the old storage silo is the soon to be opened Zeitz Museum of Contemporary Art Africa, and in the adjacent elevator tower is a striking 28-room boutique hotel concept called The Silo.

Pillowed glass panels adorn the upper half of the tower’s facade and bulge slightly, as if being inflated from the inside. Joining the hotel to the museum is a cathedral-like atrium, hollowed out in the shape of a five-storey tall piece of grain, into which several giant hollow concrete tubes stream daylight from the roof garden above. Designer Liz Biden has decorated each suite with an eclectic mix of bold colours and opulent furniture, with decadent bathrooms offering unparalleled views of the city below, and of Table Mountain beyond.

The multi-faceted windows glow at night, floating high above the harbour like the lanterns that once signalled safe harbour to Dutch sailors, connecting the modern building to Cape Town’s most distant past.

Scott Dunn offers tailor-made trips to South Africa, with a three night stay at The Silo from £3,995 per person. For more information visit scottdunn.com or call 020 8682 5070