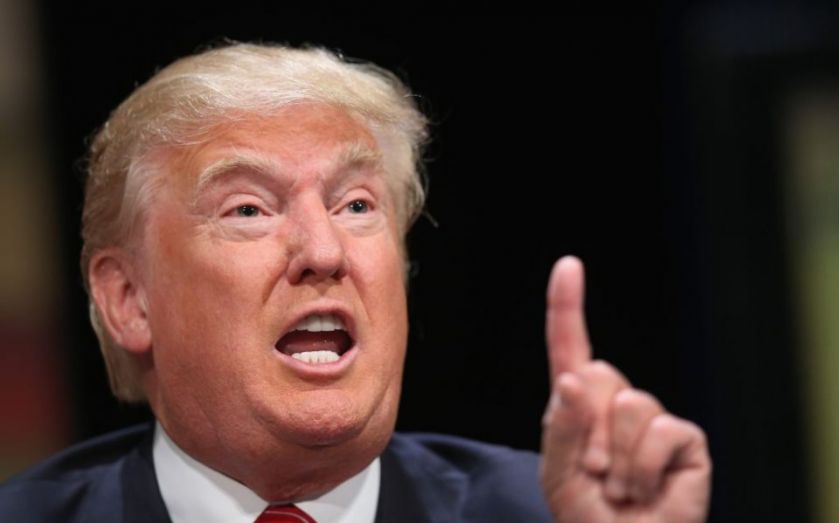 The Iran nuclear deal reached in July will have catastrophic consequences for the world, Republican candidate Donald Tump has warned.
Read more: If a nuclear deal is reached, Iran will be bursting with investment opportunities – here's what to look out for
In an interview with NBC's Meet the Press today, the billionaire Republican candidate claimed the agreement was a “bad deal” that would give Iran too much strength.

However, he added that if he became President of the US he would not scrap the deal. Instead, he would heavily “police” it.
Read more: Iran nuclear deal: After the nuclear deal, Iran is our "frenemy"
"It's very hard to say, 'We're ripping it up,'" he said. "I would police that contract so tough that they don't have a chance. As bad as the contract is, I will be so tough on that contract."
He also said secretary of state John Kerry, one of the main figures involved in the negotiations, was “incompetent”. As President, Trump would replace politicians with business magnates for sealing deals with other nations.

Two years in the making

Achieving a deal was no easy task – before the 159-page treaty was put together, talks had gone on for two years between Iran and the US, UK, Germany, Russia, France and China.
Under the arrangement, Iran has to curb its uranium enrichment in return for the removal of US and EU economic and financial sanctions. It will now keep its enrichment level below the maximum level of 3.67 per cent and its centrifuges will be limited in number to 5,060.

So, what does Trump believe is so wrong with the deal? To begin with, he doesn't think Iran should be able to access any of the $150bn sanctions funds that have been unfrozen by the deal.
He also thinks the return of prisoners should have been demanded before negotiations even began, and that the 24 waiting day period for nuclear inspectors before they can investigate is too long, as he believes it will undoubtedly end up being longer than this –“in 24 days plus numerous weeks, you can do anything.”