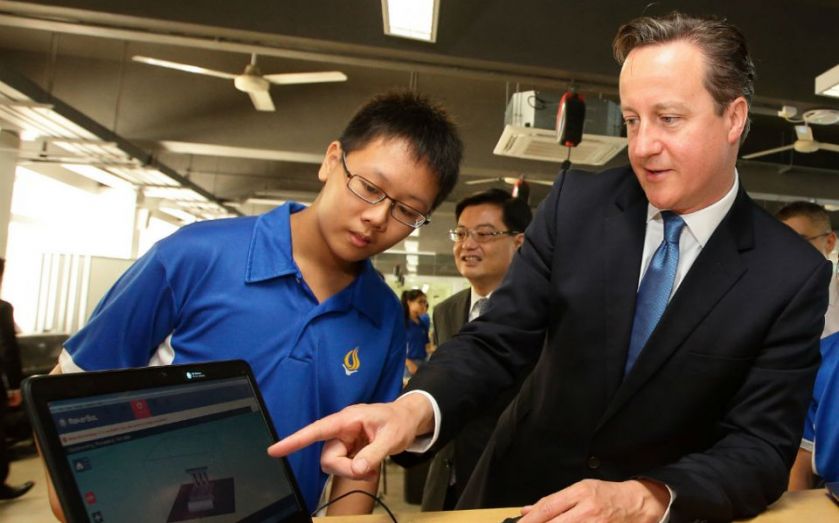 David Cameron has put his weight behind the UK’s technology startups and the finance world with the backing of a manifesto for making Britain the world leader in Financial Technology.

The Prime Minister has lent his support to the five-year plan which aims to grow investment in the sector to six times its current level and create thousands of jobs, as he hosts a FinTech summit with UK startups in Malaysia as part of his trade mission to Asia.

The manifesto, created by FinTech’s trade body Innovate Finance, outlines ambitious goals to attract $8bn of investment, for the UK to become the global home of 25 world leading FinTech companies based on IPO, global market share or valuation, and to create 100,000 jobs by 2020.

“This government wants the UK to be the leading FinTech centre in the world, that’s why, at the summer Budget, we appointed a Special Envoy for this fast growing sector. I’m pleased that Innovate Finance’s manifesto has set such ambitious goals including the creation of 100,000 jobs. This will ensure we are a world leader in the development of financial services technologies,” said Cameron.

It’s just the latest example of the FinTech sector making its way onto Westminster's agenda as the government seeks ways to spur economic growth.

Chancellor George Osborne named investor Eileen Burbidge a special envoy for FinTech earlier this month to advise the Treasury and champion FinTech across the UK and internationally as part of his plans to boost the nation’s productivity.

The sector already generates £20bn of GDP and employs 135,000 people and investment in UK FinTech more than doubled last year to $623m, according to Accenture, bagging the largest share of investment of any country in Europe.

A newly formed cross-party group led by the Conservative MP for Windsor and former tech entrepreneur  Adam Afriyie, is also seeking to raise awareness of FinTech among MPs and its growing importance to the UK economy, from financial inclusion and crowdfunding through to blockchain technology.