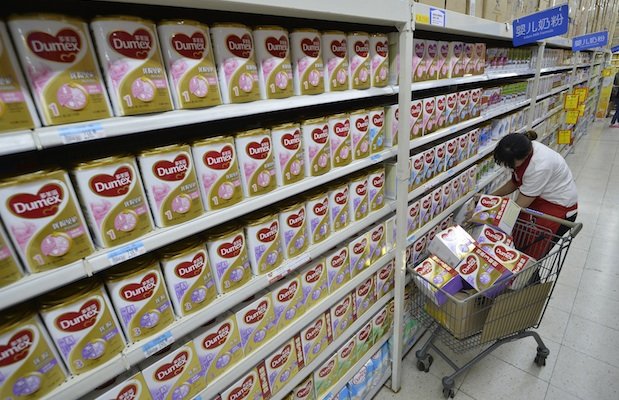 Danone has changed its targets for 2013 following the major impact of the recall of infant formula products in Asia.

Sales in the third quarter were up 4.2 per cent like-for-like, despite the recall and unfavourable exchange rates, the company said today – and they're confident in a full recovery, although not necessarily this year.

The world's biggest yoghurt maker said it would take longer than anticipated to recover from the recall of certain baby formula milk products after Fonterra issued a false alert, triggering significant losses in sales, earnings and cash-flow. Chief financial officer Pierre-Andre Terisse said "our priority is to get back on track for strong and sustainable growth in this region (Asia) as early as possible in 2014".

Fresh dairy products were looking rosier for the group, with sales up 4.6 per cent like-for-like. Consolidated sales for the period were steady (0.0 per cent) at €5,259m. In North America, the company continues to do well, although Terisse commented that the simplifying its European model remains a priority for Danone.

Danone shares remain down 3.9 per cent, after falling this morning – a marked fall for European blue-chip stock.

This is not the first time this the company has received a knock this year when it comes to Asian divisions. Its baby food division in China, accounting for 20 per cent of group sales, was hit by a fine and had to cut prices following a milk powder price-fixing probe, prefacing the unfounded health scare initiated by Fonterra.

Reuters reports that Danone said the recall meant its baby food sales fell 8.6 per cent in the third quarter, reversing a 15.2 per cent rise in the first half of the year, compared with analysts' average forecast for a three per cent decline.