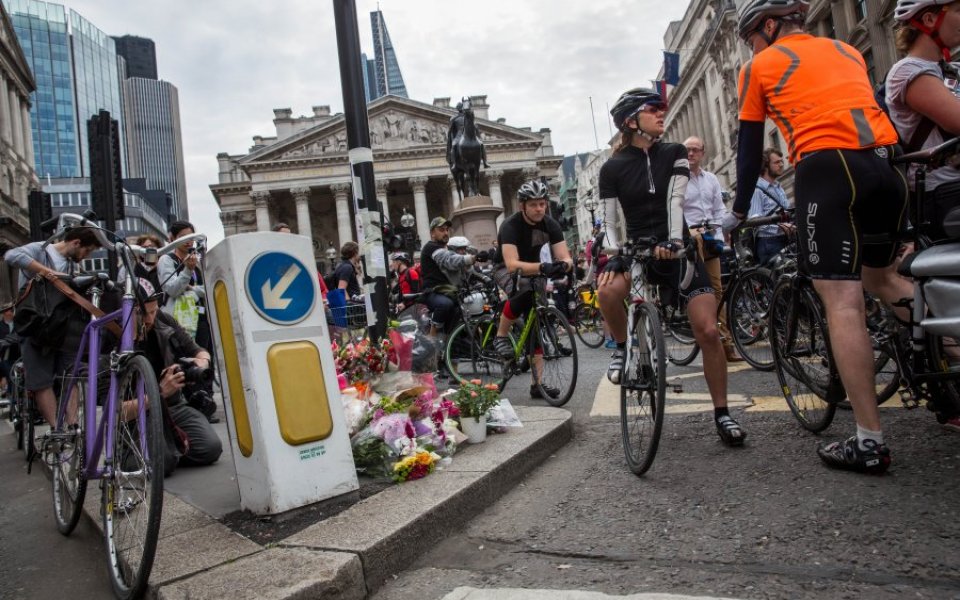 Bank junction in the City could be closed to cars as soon as next year, the City of London Corporation has revealed, as planners push ahead with plans for a part pedestrianisation of the infamously busy crossroad.

Under the proposals, which will be voted on at the end of this month, all cars, taxis and motorbikes would be banned from cross at the junction outside the Bank of England, helping to cut traffic, pollution and reduce the road accidents that take place every year.

Read more: It's time to stop Bank Junction being dysfunctional

Bank is London’s third busiest Underground station, with more than 100,000 passing through in the morning between 7am and 10am.

“Bank is surrounded by wonderful buildings and yet it is an appalling place,” Iain Simmons, assistant director in the City of London’s built environment department, told journalists.

Calls for a redesign of the junction, where six main roads meet, have grown louder this year after a young PwC employee Ying Tao was killed while cycling. She is the second person to die at Bank over the last five years. Overall, there have been 105 collisions between 2009 and 2014, and 118 casualties.

The Corporation’s Streets & Walkways Sub-Committee will vote on 30 November on whether to approve the process, which would be temporary until plans for a redesign of the crossroads are finalised, with the aim of permanently shutting it to cars.

Over the last two years, the Corporation has analysed various different option and found that the entire closure of Bank to motorised vehicles between peak hours of 7am and 7pm remained one of the best options. Plans will be presented to Transport for London for approval in the Spring of next year, with the aim to start building the £4-6m project by 2018.