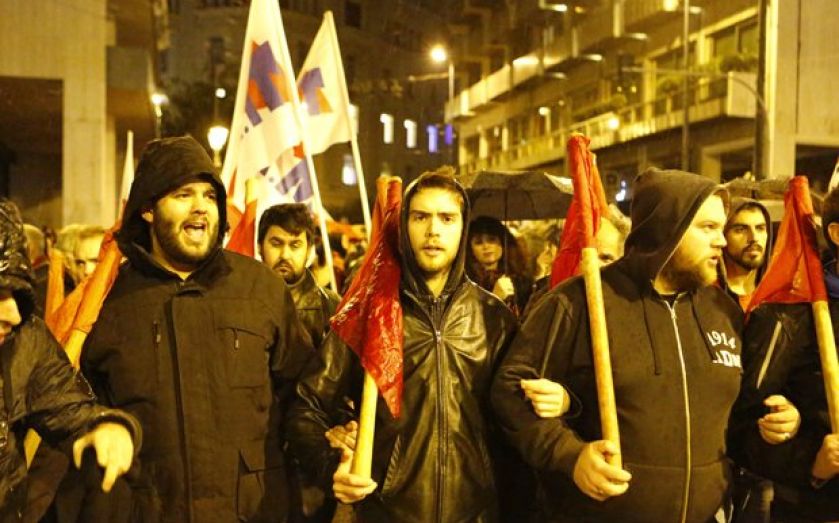 In Greece, a disastrous combination of sheer incompetence and an inability to grasp the severity of the Eurozone crisis has meant that Syriza, a party of the hard-Left, could soon form a new government. Syriza’s economic programme, which calls for a new spending splurge, is incompatible with the Eurozone’s prescribed austerity.

However, if it gains a democratic mandate, the overriding concern of the European elite will be to find a way to accommodate a Syriza-led Greek government. In the minds of the politicians and central bankers deciding the Eurozone’s future, there is nothing more important than saving the euro and holding the bloc together.

If easing off on austerity is the price, it is a price they will pay.

This would give the green light to other governments, which are under severe pressure to deviate from their programmes of fiscal consolidation. It would also put wind in the sails of anti-austerity parties, like Podemos in Spain.

Since 2013, the Eurozone’s crisis countries have been enjoying the benefits of tough reforms.

Even Greece’s GDP expanded by nearly 3 per cent annualised from January to September 2014. But with output still 26 per cent lower than in early 2008, 1.2m of the 11m Greeks remain unemployed. Consequently, mainstream politicians are unpopular.

Instead, the loony Left lures voters in Greece and Spain with allegedly easy ways out of trouble: default on debt and reverse all the reforms. But how to pay for that? Hiring public sector workers, raising minimum wages and bolstering benefits costs money.

The reaction to Greece’s snap election shows that investors won’t pay, nor will Greek taxpayers. European authorities will not give parties like Syriza or Podemos room to manoeuvre if they do come to power.

Ironically, Germany, with its new minimum wage and pension hikes, is much more likely to pursue “anti-austerity” policies than Greece or Spain.