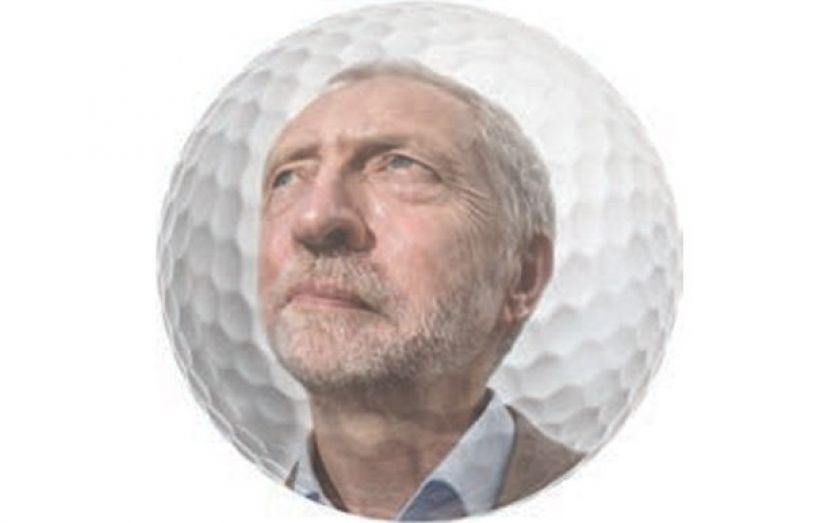 USUALLY if you don’t like someone, the cliched approach is to stick their photo on a dartboard and aim for the face. Not content with such a working-class show of vehemence, golfing experts Your Golf Travel made some gifts for their 20 biggest clients. Execs from Coutts, Lloyds and M&S all received golf balls with Jeremy Corbyn’s face imprinted on them.

Never one to miss a media opportunity with a political twist, former banker turned Your Golf Travel chief exec Ross Marshall sent his 20 biggest clients the 20 balls in the hope that they could all share a joke over mutual disdain for the Labour leadership candidate. Sadly, the gesture backfired, as gift recipients, including pro-golfer and future Ryder Cup England team captain Darren Clark, couldn’t even stomach hitting Corbyn’s face with a nine-iron. The bosses had a bit of fun of their own, branding Corbyn’s balls “unplayable”, “terrible” and generally ineffectual. One client presumably guffawed into his brandy glass as he quipped that the balls “shank to the left”. Corbyn could not be reached for comment.