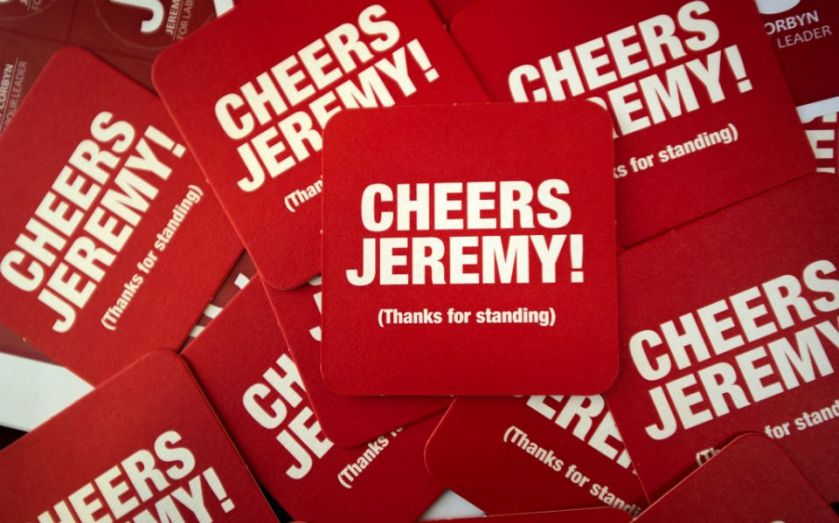 Labour leader hopeful Jeremy Corbyn has unveiled plans to freeze rates for small businesses, clamp down on corporate tax avoidance and invest in skilled workers amid a raft of policies designed to show his commitment to business as the leadership race hots up.

“The current government seems to think being 'pro-business' means giving a green light to corporate tax avoiders and private monopolies," said Corbyn as he launched his "Better Business" plan, which has promised to "level the playing field" between small and big business.

"I will stand up for small businesses, independent entrepreneurs, and the growing number of enterprises that want to cooperate and innovate for the public good."

Corbyn has promised to set up a National Investment Bank to inject cash into areas such as green energy, transport and digital infrastructure.

“Britain's businesses complain that Britain suffers from a lack of investment in our energy, transport and digital infrastructure. Yet the government continues to cut public investment. I want a National Investment Bank to fund the infrastructure we need," he said.

"I will also address two key issues holding back British business: lack of skills and of investment. The CBI says the UK has ‘a skills emergency now, threatening to starve economic growth’. Yet George Osborne is cutting the adult skills budget. I will introduce a National Education Service to equip us with the skills we need," he added.

Corbyn has polarised opinion and a new poll published today found he is the candidate who is thought to be both the best and the worst for Labour's prospects at the next General Election among voters.

Commenting on the plans, a CBI spokesperson said:

"The CBI works alongside all politicians to create the best environment for businesses, small and large, to grow and boost jobs. Keeping the country's infrastructure up to date is an important part of that. As is overcoming the skills challenge facing the UK to meet the needs of high-growth sectors that can drive our economy forward in the years ahead. A competitive tax environment and flexible labour market are also vital tools to sustain economic growth. Businesses will want to consider the full details of Mr Corbyn's proposals."