Contrarians are vital for a healthy democracy: We must celebrate them 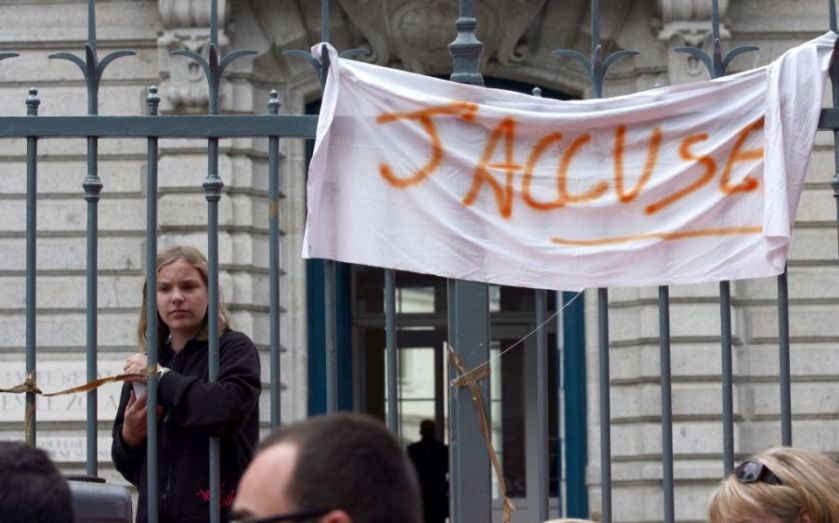 You're dealing with a lot of silly people in the marketplace; it’s like a great big casino and everyone else is boozing. If you can stick with Pepsi, you should be ok.” Apart from the fact that I prefer Diet Coke, this advice from Warren Buffett, one of the greatest contrarian investors of our time, is sound. The ostensible safety of the herd is a feature not just of financial markets but of life itself.
The Contrarian Prize, now in its third year, aims to recognise individuals in British public life that go against the grain and put their head above the parapet by demonstrating independence, courage and sacrifice. These people have an impact on the public debate through the ideas they champion or the stance they have taken. They include both the troubled whistleblower and the free-thinking dissenter.
Emile Zola, the French writer who wrote an open letter, “J’accuse”, to the President of the French Republic in 1898 stood apart from the crowd. He took personal risk by protesting the innocence of Alfred Dreyfus, a Jewish army officer who had been wrongly imprisoned for supposedly passing intelligence to the Germans. Such acts of defiance have not solely been the preserve of men. Emmeline Pankhurst, the leader of the suffragette movement who fought for the right of women to have the vote, and Mary Wollstonecraft, who championed feminism in the eighteenth century, are cases in point.
Howard Marks of Oaktree Capital Management rightly points out that “you should not aim for contrarianism for its own sake, but only when the reasons are good and the actions of the crowd look particularly foolish.” He is right. The contrarian eschews groupthink, is a first mover, challenges the accepted orthodoxy and may succeed in achieving a paradigm shift. A fine example is Heather Brooke, an American journalist, who blew the lid on the parliamentary expenses scandal here in the UK by having the temerity to ask for details of how MPs spent public money. The establishment closed ranks and the Speaker took her to the High Court in a bid to stop her. But she won.
The powers that be will shun and smear an individual who is seen to break away from the pack. Solitude, resilience, principle and self-belief are required. So is courage. Think of Douglas Carswell, the independent-minded Ukip MP, who was rounded on, yards from Parliament, by a mob of thugs masquerading as peaceful anti-austerity protestors hurling vitriolic abuse with violent intent. The fact that Carswell is a pre-eminent champion of greater direct public involvement in democracy, and is unusually accessible to ordinary people, was clearly missed by the demonstrators.
If you want a glimpse into the future, listen to what the contrarians are saying today. They do not seek plaudits and you may disagree with them. But they should be applauded for their innate desire to do what they believe is right. For it is through argument and debate that progress is made.
The 2015 Contrarian Prize will be awarded on 18 June. This year’s shortlist is available at www.contrarianprize.com