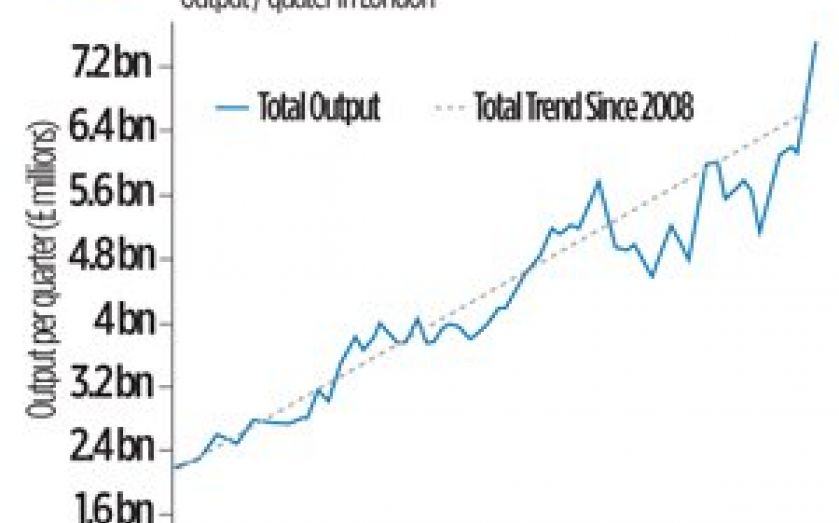 CONSTRUCTION in the capital has been invulnerable to the financial crisis and the following recession with growth now predicted to surpass its trend level.

The last three months will have seen activity soar above its pre-crisis trend, according to data from Scape, a government owned construction company. The remaining figures are from the Office of National Statistics.

This is in market contrast to fortunes in the rest of the UK where the sector has suffered dramatically. The below chart shows current levels at 26 per below their pre-recession trend.

This is only 3 per cent below the second quarter of 2008, however. Recent trends show the market recovering with solid growth since the final months of 2012.

London’s robust construction sector is likely to have been held up by rising house prices and premium prices for office space.

Demand for London office space is such that it has the fifth lowest office vacancy rates in the world with estate agents Knight Frank predicting a rise to second by 2019, behind Tokyo.