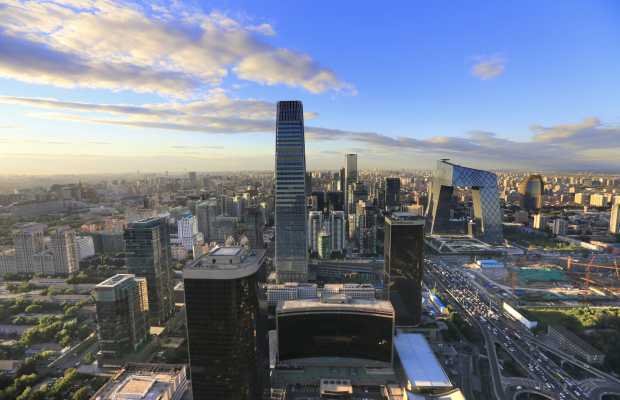 The Chinese economy has posted a thumping 7.8 per cent annual growth for the third quarter of 2013. That's in-line with consensus forecasts, and an acceleration from the 7.5 per cent growth posted last quarter.

Unless the fourth quarter sees a ghastly GDP number, China will hit the government's target of 7.5 per cent growth this year. We're still expecting 2013 to see China's lowest growth number for 15 years.

City A.M. spoke to Professor Leslie Young of the Cheung Kong Graduate School of Business on the figures, and the country's future.

JP Morgan now see growth higher in 2014, at 7.4 per cent (from 7.3 per cent). That's still a decrease on their expectations of 7.6 per cent growth this year. What are the main drivers of this slowdown?

The main driver is government policy, the other is slowdown in the world economy. The slowdown is actually being engineered by the Chinese government to avoid over investment and ensure financial stability. On the foreign front we know the story of weaker growth in China's key trading partners.

The Chinese government will be relatively happy with these numbers. But national incomes statistics are falling behind GDP, as China recycles income abroad, contributing to growth not just in China, but also in Africa and Europe.

GDP statistics don't capture that a lot of Chinese investment and former Chinese investors from overseas are switching out of China and switching into other developed and developing markets.

We're seeing China make efforts to establish trading relationships around the world. Where will China look to next for growth?

We've seen a sharp increase in Chinese trade and investment throughout the third world, and in Central Asia. Headlines tend to be grabbed by Chinese investment in UK businesses and real estate.

But elsewhere we're seeing China picking up South American assets relinquished by Spanish owners, and investing in resource projects in Africa. In Central Asia there has been a huge surge in Chinese investment, in obvious areas such as energy pipelines and trade in consumer goods.

This November we expect Chinese leaders to produce new plans for economic policy. What are we likely to see?

I don't actually expect to see any real surprises. It's pretty obvious what needs to be done. China needs greater consumption, a lower level of real investment in real estate, and sharply targeted investment in infrastructure.

And what about renminbi liberalisation – is this something the Chinese authorities will pursue?

Turmoil in the US dollar is going to be concentrated in minds of Chinese policy makers, and they don't want trade to be hostage to be hostage to sharp fluctuations in the dollar. There are good reasons for China to look for direct exchange between renminbi and non-dollar currencies, we know that's happening with sterling.

This ought to be distinguished from the idea that the Chinese yuan will replace the US dollar. That's not going to happen any time soon, and Chinese policy makers won't want it to.

There are plenty of nationalists in Chinese who would like China to replace the US' role, but serious policymakers know that planners are already suffering from information overload. They don't need the whole new package of concerns that renminbi dominance would bring.

Will China also be worried about reliance on the US as a source of demand?

Events of the last week will have moved more Chinese minds to thinking of the US as banana republic, as the country came to the brink of a default. But the only substitute for US demand is the rest of the world, in its entirety. The ironic consequence of those political squabbles is the acceleration of the globalisation of China.

Are the gains from high Chinese growth being experienced by all?

When you walk around China you see many benefitting, often under the radar. In many cities you see very pleasant public facilities. These are in second, third and fourth tier cities, where families are enjoying huge leaps in their quality of life from the farm.

The gains unequal may be unequal, but people are getting richer. For example, the building of a vast high speed railway network has permitted family reunions on a monthly, rather than annual, basis. We're seeing huge improvements in people's lives.

Self-interest will continue to lead policy makers, and falling poverty is necessary to continue growth and for political stability. China will increasingly need to rely on internal demand, which will be achieved by increasing urbanisation and expansion of the many less developed regions.

As a byproduct, this demand will see many Chinese people better off.

What are the positives for the UK from Chinese involvement in providing key services such as energy and finance?

Issues such as the provision of nuclear power stations and banks attract a great deal of attention. The first reaction of many will be that Chinese service providers are likely to be unreliable and corrupt. But this is untrue, and a result of the incentives that Chinese corporate leaders face.

Firstly, builders of nuclear reactors and operators of financial services abroad are the external face of China, and accountable to the state. In contrast with Barclays and JP Morgan being accountable to shareholders, and not the government, those running nuclear reactors and banks from China will be hyper cautious. Execution errors could see them face 40 years of hard labour.

Secondly, cultural differences between Chinese corporate leaders and English regulators will make sure that the two stay at arms reach – preventing the possibility of cosiness or cronyism between the two.