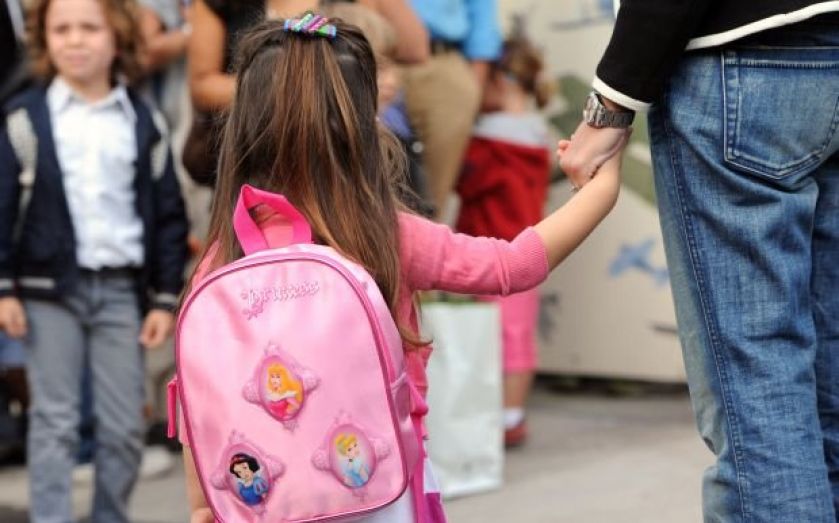 Back to school. Three little words that excite all squabble-weary parents at this time of year. For me, the relief is accompanied by a kind of dread at the thought of re-entering the world of timetables, permission slips and after-school clubs. For those of us who favour a free-wheeling approach to parenting, school life only serves to expose the shortcomings of this approach.

It all starts with the book bags. Apparently, you are supposed to look in them at the end of the school day. I know this in a kind of abstract way, but I can’t seem to make it stick. Last term, my eight-year-old, Oscar, re-appeared at his dad’s side in the school playground shortly after being dropped off. “Have you got my packed lunch?” he asked hopefully, knowing in his heart that the answer was a big fat “no”. I was in a cab to Heathrow for work when I received the text asking me if I knew anything about the school trip our boy was going on today. I didn’t. It turns out there is some quite useful information in those book bags.

I could blame my job. I’m a television producer working across several programmes and sometimes that fills my brain with interesting ideas, leaving little room for remembering class assemblies, school trips and lunch money. The truth is, my job is no more or less fascinating than those of most of my friends, and yet they all turn up in the playground with forms signed, lunches packed and kids dressed in pyjamas for Red Nose Day. In recent years I have been forced to admit that, while I’m pretty good at my paid job (calm, organised, unflappable), when it comes to being an efficient parent, I totally suck. If I was working for me, I’d have fired me a long time ago.

I realised that school life was going to be a particular challenge when my daughter Ruby, now aged ten, was in reception class. A friend sent me a text letting me know that it was World Book Day and the kids had to go to school dressed as storybook characters. I hastily cobbled together an outfit for her which she seemed pleased with and I thought I’d got away with it. But later, as we parents gathered to wave our children into the classroom, the teacher went down the line saying jauntily “Good Morning Sleeping Beauty, Good Morning Snow White, Good Morning, er, Ruby.” I still remember the accusatory look my daughter flashed me when she realised her outfit wasn’t going to cut it. But as I said to her later, what kind of teacher doesn’t recognise an Alice band? It’s even named after Alice in Wonderland, so really all I did was expose the gaps in her literary knowledge.

School life only serves to remind people like me how bad we are at this parenting lark. If it was paid work, I’d have told myself to cut my losses and accept it wasn’t the right role for me a long time ago. Not having the option of stuffing them back up my vagina, though, I’ve had to keep on muddling through in my own haphazard, highly disorganised fashion. And although I’ll never be any good at the job itself, the people I work for are totally worth it and pretty understanding on the whole. It’s us against the system and these days we’re winning. In a recent show of solidarity that makes me burst with maternal pride, the two of them have now started referring to that thing that I still fail to remember every year as “World Bloody Book Day”. My work here is done.