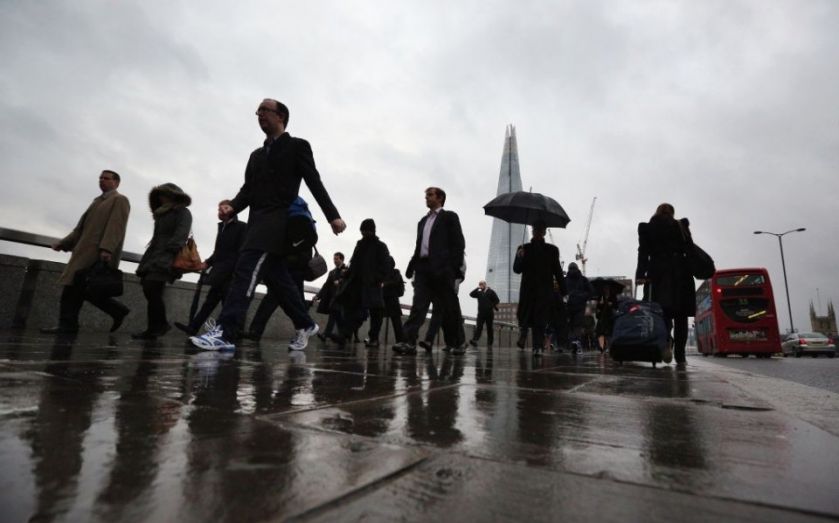 The UK’s job market tightened further in April, with the number of vacancies climbing and the number of jobseekers falling.
There were 1,033,435 job vacancies in April, according to figures released today by job search site Adzuna.co.uk.
It marks a post-recession high and is 25.6 per cent more than in the same month last year.
Meanwhile, the number of jobseekers dropped to a post-recession low of 795,967, a 30 per cent decline on the year.
The developments take competition for places to a record low of 0.77 jobseekers per advertised vacancy, down from 1.39 in April last year.
The ratio of jobseekers to vacancies fell in 32 of the top 50 cities. Adzuna.co.uk co-founder Andrew Hunter believes businesses could be facing a shortage of skills.
“The number of jobseekers is falling while advertised vacancies are ballooning. This could be a warning sign that our workforce lacks the skills necessary to fill up many of the new jobs appearing,” he said.
“The recovery certainly has the capacity to progress further and faster – but at the moment there’s a disconnect between our abilities and our economic climate. It’s like standing outside your recently fixed-up car, tuned up and ready to go, only to realise you’ve lost the keys.”
Competition for jobs could be pushing up wages. The UK’s average advertised annual salary was up 6.5 per cent on the year to £34,274. Advertised salaries rose at a slower rate in London at 4.9 per cent. But the average advertised salary in the capital is higher than the UK average at £41,448.
[custom id="21"]
Share
Tags: employment and wages UK jobs