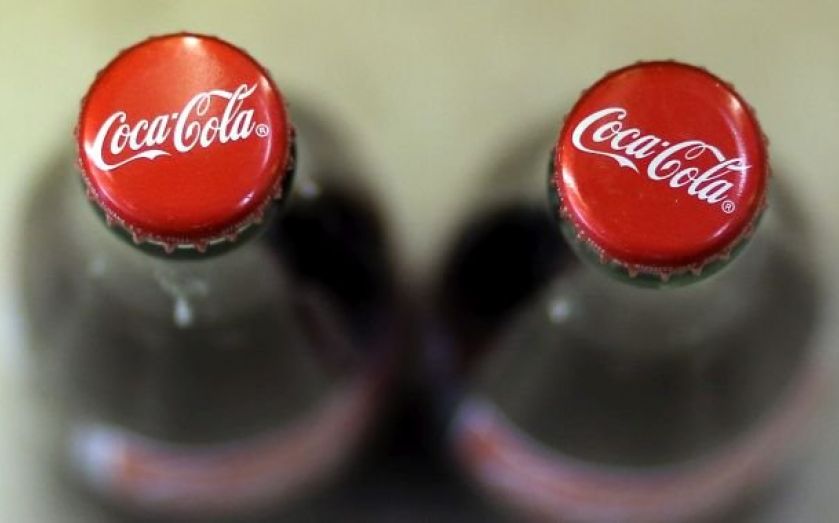 Shares in the Coca-Cola Company opened six per cent down this morning, following the soft drink maker’s fall in profit.
The American company's share price closed at $43.25 last night, but at pixel time was trading at a price of around $40 per share.
The company said it will miss its long-term earnings growth target for 2014 after net income fell 14 per cent from $2.45bn to $2.14bn in the third quarter ending 26 September.
In response, the beverage behemoth will aim to cut $3bn in costs by 2019 –  an increase on previous aims of $1bn.
Net revenues also fell two per cent to $35.1bn, but the company said this figure had been accentuated due to “structural changes” which included the refranchising of its North American bottling partners.
Earnings per share for the period ending 26 September stood at $0.48 compared to $0.53 for the same period last year. Declining sales of five and one per cent were reported in Europe and North America respectively.
However, Coke's decision to buy a sizable stake in the Monster Beverage Corporation for $2.15bn has at least appeared to show early signs of paying off as volume growth in the worldwide energy drinks quarter grew by seven per cent
Muhtar Kent, chairman and chief executive of the Coca-Cola Company, said the company would take “decisive action” in order to increase the company’s value.
He said:

We are therefore taking actions to strengthen our long-term financial performance, including further aligning our organization and our incentive plans to drive revenue and profit growth, increasing our productivity target to $3bn in annualised savings by 2019, streamlining and simplifying our organization, and proceeding with plans for refranchising the majority of company-owned North American bottling territories by the end of 2017.
While these actions will take time to implement, we are confident that they will position the Coca-Cola Company to continue delivering sustainable value to our shareowners as we work toward our 2020 vision.

Despite Coke’s travails today, its share price has largely enjoyed positive investor sentiment this year. Earlier this month shares in the company bubbled to a 16-year high to $44.55 per share.
Share:
Tags: NULL