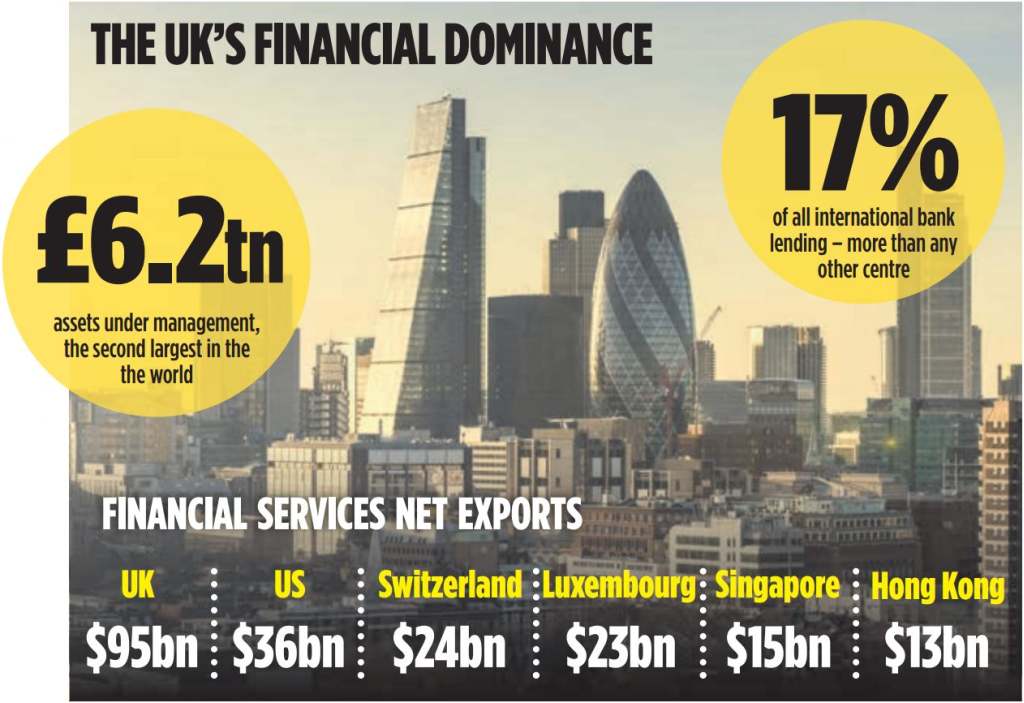 It is 4.3 per cent higher than last year and nearly double its 2005 value of $56bn. The UK has been the world’s biggest net exporter of financial services for the last decade.
The UK’s net financial exports were nearly three times that of the US, the second biggest net exporter. “The UK is the leading exporter of financial and related professional services globally and the continued growth of the industry’s trade surplus is a direct reflection of that strength,” said TheCityUK chief executive Chris Cummings.
“Our largest trading partners are the US and other EU member states, but emerging economies, such as China, the UAE and India as well as other international financial centres such as Hong Kong and Singapore also feature prominently in UK trade.”
The $95bn of net financial services exports is even enough to make a substantial improvement to the UK’s cur- rent account deficit, the amount the UK imports over what it exports, which rose to £97.9bn last year.
The size of the UK’s current account, which amounts to 5.5 per cent of GDP, has led to some concern among policy makers.
London’s prominence on the global financial stage was also shown by the fact it is home to 250 foreign banks – more than any other centre.
Cummings welcomed the government’s re-launch of Financial Services Trade and Investment Board (FSTIB) yesterday, which is a cross-government and industry body tasked with strengthening Britain’s position as a the centre of global finance.
“Attractiveness is inextricably linked to competitiveness and we cannot be complacent,” he said. TheCityUK is a part of the FSTIB.