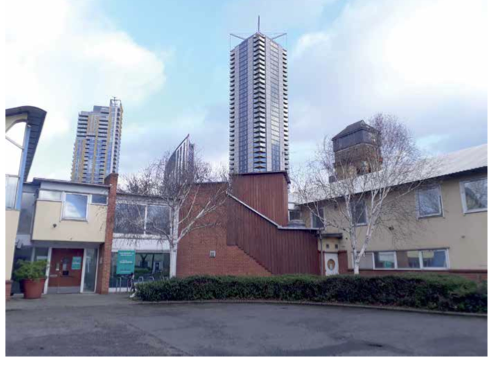 City Hall has been accused of repeating the mistakes of the Garden Bridge after it agreed to loan nearly £22m towards the development of a controversial housing site in south London.

The Greater London Authority (GLA) has agreed to loan American property developer Anthology £21.8m to build homes at Woodlands and Masters house in Lambeth, despite the fact the firm has not submitted a planning application or received planning consent.

City A.M. can reveal that £11.6m has already been paid out to Anthology. The remaining tranche of the funds will be released only if it hits certain milestones, and the £22m is fully recoverable in the event that Lambeth council, the local authority, refuses planning consent.

Under the terms of the loan, which was signed in December and has been granted from the GLA’s homes for Londoners land fund, Anthology must “accelerate the delivery” of 254 homes at the the site, which Anthology bought from the South London and Maudsley NHS foundation trust for £15.5m last May.

One condition of the loan is that Anthology commits to a 50 per cent threshold of affordable housing.

One source said they were “sceptical” that Anthology would hit the target. They said there was tension between Lambeth council and the developer, which they claimed viewed the affordable housing commitment as a “problem”.

Anthology’s plans have attracted opposition from some local residents, who claim its proposed 34-storey tower block is the same height as the BT tower and would block sunlight. Anthology has said the proposed tower is 110m. The BT tower is 191m.

The GLA’s decision to grant the funds without the necessary planning permission has drawn comparisons with the Garden Bridge, when Transport for London (TfL) gave £20m to the trust behind the project on the grounds it would get the green light.

After it became clear the trust had run out of money, planning permission was never fully granted and the project collapsed, costing taxpayers £43m.

Caroline Pidgeon, chair of the London Assembly’s transport committee, said: “I can see the merit in a more interventionist approach in London’s land market to help deliver more homes and especially affordable homes. However the process should be open and transparent.

“The last mayor cut corners and failed to allow proper scrutiny of projects he was in favour of. The £43m of public money wasted on the Garden Bridge is the painful legacy of such behaviour.

“Sadly Sadiq Khan is running the risk of similar mistakes being made again. Allowing huge publicly funded loans to be made to private developers with so little public scrutiny is a recipe for future disasters.”

A spokesperson for the mayor said: “The mayor’s intervention will see more social rented and other genuinely affordable homes built more quickly for Londoners. The loan from the GLA is conditional on each development including at least 50 per cent affordable housing – compared to 14 per cent in the existing planning consent before we stepped in.”

Adam Gaymer, chief operating officer at Anthology said: "As an SME property developer in London, Anthology shares the GLA’s ambitions to build more homes and ensure affordable housing options for Londoners. The GLA’s support enables smaller developers like Anthology to develop more homes more rapidly, and we are working with them successfully on a number of existing schemes, including at our Hale Works and Wembley Parade developments.

“Any loans are made in line with the GLA’s standard practice and due diligence, with repayment terms and relevant conditions attached where required.”