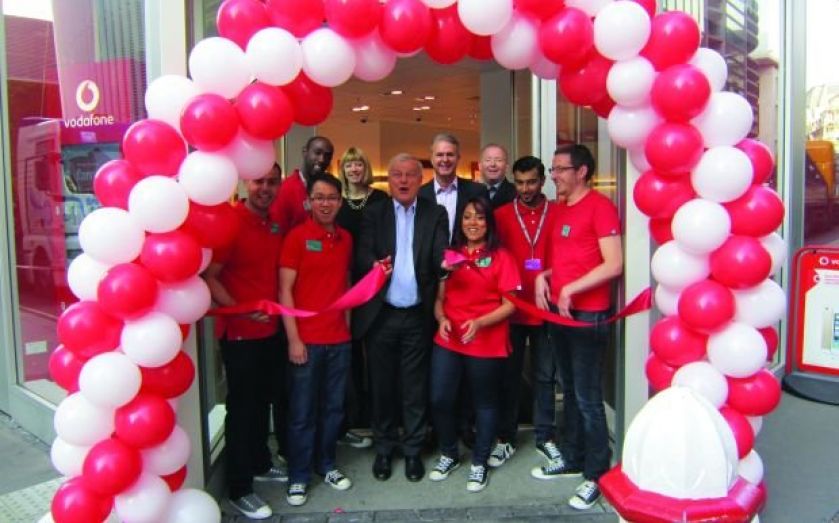 Vodafone enjoyed a momentous day in the City yesterday – not least because City A.M.’s chief executive Jens Torpe and The Capitalist went down to its new store on Fenchurch Street, cutting the ribbon on the newly spruced up premises.

The store is part of the mobile giant’s £100m investment in the high streets. UK head of retail Martin Roberts was certainly feeling the burn.

“We opened a kiosk in Westfield White City yesterday, Fenchurch Street today, tomorrow I’m off to Harrow – it keeps me on my toes.”

Roberts was almost as excited about the new Apple iPhone 6 as he was about the new store. “If it’s a good phone we’ll get a flurry of activity but if people aren’t impressed with it, we still expect to see lots of sales as people turn to other phones instead,” he told us.

As for whether we can definitely expect an announcement from Apple on 9 September or not, Roberts kept shtum. “If I did know the date, I couldn’t tell you,” he laughed. Spoil sport.