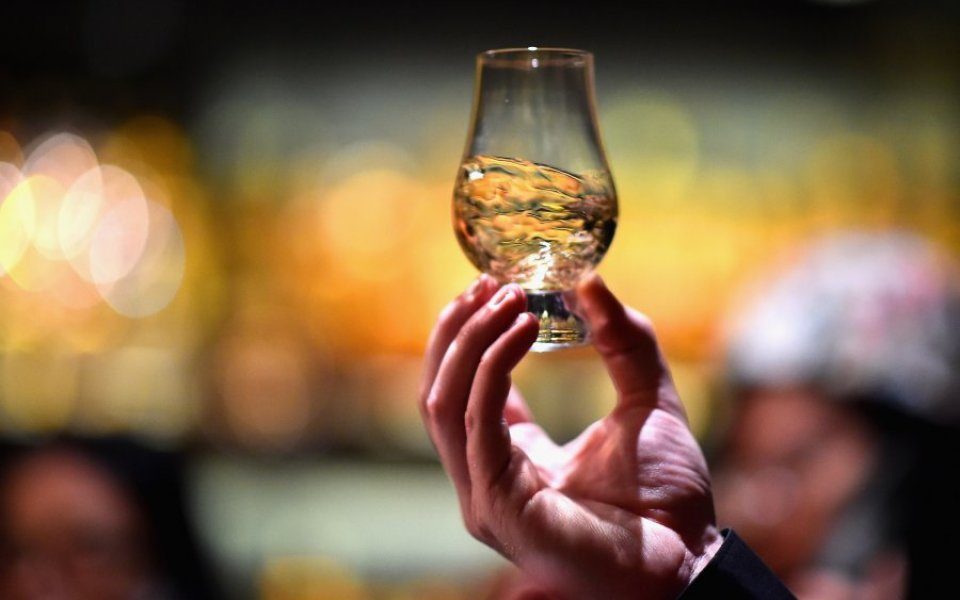 It’s not your ‘normal’ Father’s Day this year: no Sunday roast and a pint in the pub, and a relatively simple trip home for a cup of tea now presents logistical challenges on a par with a military operation.

In fact notonthehighstreet.com has found that lockdown is the longest nearly half of Brits have ever gone without seeing their Dad.

But it’s still Father’s Day on June 21st, and if you’re stuck for ideas, City A.M. has come up with a host of goodies that should keep even the most discerning father onside. Spoiler: they’re mostly food and drink.

The stunning Isle of Jura may have only 212 residents, but what it may lack in quantity it makes up for in a very high-quality export. The distillery was brought back to life in the sixties to reinvigorate the economy of a spot George Orwell described as “the most unforgettable place” and this dram is a fine tribute to many decades of work. Aged in American oak, it finishes its journey in Premier Cru Bordeaux barrels which give it a lovely fruitiness. There’ll be no complaints from Dad with this one.

Already the UK’s largest gin subscription service, the boys and girls at the Craft Gin Club have put together some brilliant bundles that have helped plenty of people muddle through lockdown. The firm’s in-house experts have paired gins, their perfect tonic accompaniments and garnishes and packaged them up in one glorious, gin-ny, delivered by the Royal Mail bundle. Usually such delights are reserved for members of the club only, but they’ve broken their rules during these unconventional times. The Classic G&T bundle does exactly what it says on the tin, but those feeling a tad more adventurous might fancy the Perfect Night In’s GWYR Rhamanta, distilled exclusively for the club.

Bundles from £41: The Craft Gin Club

The mischievous Scots are still making very good beer indeed, and with football on the way back they’ve put together quite the package for Dad to enjoy it with. The ‘Early Kick Off’ features belters like Elvis Juice and the underrated Clockwork Tangerine, whilst the ‘Evening Kick Off’ takes the hops up a notch with a host of punchy IPAs. For those looking closer to the capital, City A.M. would punt for a mini-keg of the brilliant south London brewery Gipsy Hill’s flagship pale, Hepcat.

The food (and some more booze)

It’s the most famous martini in the world, no matter the claims of any New York upstarts. Dukes Bar in St James’s remains the height of boozy sophistication, and head bartender Alessandro Palazzi’s skill with a spirits trolley still takes the breath away. It may not be open currently, but gift vouchers are available with more than 18 months’ worth of validity, with the profit generated from those brought during lockdown going to the NHS and health charities. You can have something other than a martini, of course: but why would you?

London’s favourite Scottish restaurant may not be able to open its doors currently, but that doesn’t mean you can’t get a luxury-tinged bargain at the moment. Boisdale’s’ “War Bonds” can be purchased now and redeemed once we’ve returned to normality, and the prices are certainly enough to whet the appetite. From whisky flight tastings to half-price Dom Perignon, there’s a gift (and a steal) for every budget.

Give your dad the gift of, errr, some cooking this Father’s Day with a delivery from online butcher Farmison. The online butcher of the year has garnered a reputation for a) very good meat and b) very reasonable prices, and this year is no different: we’d plump for a half-kilo’s worth of 32 day dry aged chateaubriand or, for the less culinary minded amongst the fatherhood, the ready-to-cook beef wellington showstopper. All delivered to your door in chilled and hygienic conditions. Nom nom nom.

Like Ronseal, this does exactly what it says on the tin. Unlike Ronseal, you can eat it (no matter what the President might yet say in a press conference.) Delivered to dad’s door from Cartwright & Butler, nobody complains at the arrival of two of life’s most precious pleasures.

Other things you can’t eat or drink

One of the limited pleasures of lockdown has been how quiet bits of central London have been, allowing those still in the capital to experience life a little like a tourist (albeit without actually being able to go in). With the UK government’s quarantine plan making it unlikely that tourists will be on their way anytime soon, why not take advantage by booking a City Cruise boat trip up the Thames. It’s the sort of thing Londoners don’t do, of course, but we won’t tell anyone.

It looks like we might be holidaying at home for a little while (sigh) so why not give dad (and mum) the gift of Britain’s finest heritage spots. At £120 a year it’s a steal for being able to (sort of) jump the queue at attractions right across the country. Some spots have already started reopening and since many of the properties are outdoor, you’d hope normality will return sooner rather than later.

Membership for a couple £120: The National Trust

There may not be the chance to enjoy proper live sport – crowd noise, urgh – but if Dad has a football, rugby or cricket penchant then this Nottingham outfit stand ready to deliver with all the satisfaction of David Beckham’s free kick against Greece in 2001. You can get everything from a print of the south stand at Wimbledon’s old Plough Lane ground to a tshirt featuring Jonny Bairstow taking the bails off at Lord’s last year. A brilliant site.

T-shirts and prints from £15: Art of Football