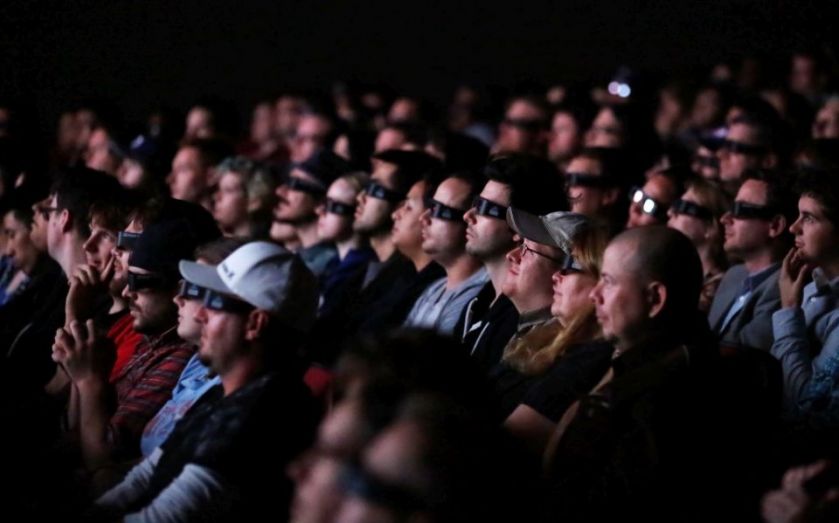 Some UK cinema audiences this weekend won’t just watch a film: they’ll see, smell, sense and feel it.
UK chain Cineworld opens its first 4DX cinema, “which stimulates all five senses”, on Friday night for audiences who fancy gusts of air, simulated rain and pungent smells to go with their popcorn and Coke.
A new multiplex in Milton Keynes will feature the country’s first auditorium featuring technology from market-leader 4DX.
The term "movie" may take on an extra meaning once you’ve sat on one of its trademark rolling and rocking chairs.

(Source: YouTube.com/CineworldCinemas)
4DX’s vibrating “motion seats” move side to side, up and down, and forwards and backwards in synchronisation with the action on screen. The South Korean developer says its seats can simulate actions such as flying and driving.
Also “enhancing the experience” are environment effects affixed to the theatre such as wind fans, fog blasters, strobe lighting and a water shot aimed at your face.

An assortment of scents can also be pumped out into the audience, such as coffee or burning explosives. Seats can even come with a “tickler” which brushes the back of an audience, although it’s not immediately obvious what movies scene that would accompany.

The first film to be shown in the new 140-seater screen will be Matthew Vaughn’s spy thriller “The Kingsman: The Secret Service”. Tickets, which usually cost £13.40 for an adult, will be hiked up to £14.90 if the film also comes in 3D.
Cineworld chief executive Mooky Greidinger said it will be the “first location among many others to come.”
On its website, 4DX says its mission is to liberate audiences from the “confines of the flat screen”:

Advancing the movie theater experience from watching the movie to almost living it, 4DX is the ultimate in state of the art technology delivering a fully immersive cinematic experience. Inside every dedicated 4DX auditorium, motion chairs and environmental effects such as wind, bubbles, and scent work in perfect synchronicity with the action on screen.
Movies are no longer bound by their visual and aural limits. 4DX is the next step in the movie-going evolution taking audiences on a journey into the full feature film. Free yourself from the confines of the flat screen and live the experience with 4DX.