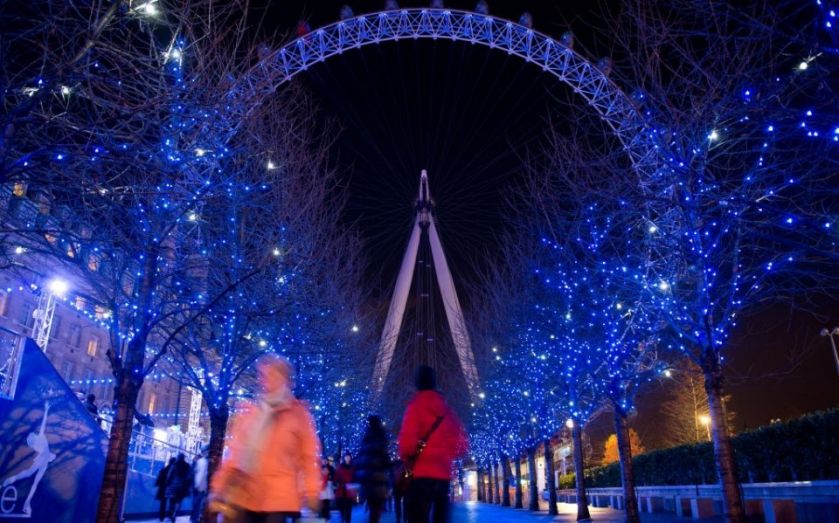 Deloitte chief economist Ian Stewart asks some of the trickiest business, politics and economics questions of the year. Answers can be found below.

1 According to the OECD, Mexicans work the longest hours. In 2014, the average Mexican worker put in 2,228 hours, equivalent to a 43-hour working week with no holidays. Which country’s workers worked the fewest hours in 2014?
a) Greece
b) Germany
c) France

2 Travelling over the festive period can be a stressful and tiring experience, especially for those travelling long-haul. According to the 2015 Guide to Sleeping in Airports, which is the world’s most sleep-friendly airport?
a) Reykjavik-Keflavik International Airport (Iceland)
b) Seoul Incheon (South Korea)
c) Changi Airport (Singapore)
d) Paris Beauvais-Tille International Airport (France)

3 Which of the following occupations saw the fastest jobs growth between 1871 and 2011 in England and Wales?
a) Barstaff
b) Hairdressers
c) Accountants

4 Three of the following were added to the basket of goods used to calculate Consumer Price Inflation in the United Kingdom this year, while three were removed from the basket. Which were added?
a) E-cigarettes
b) Yoghurt drinks
c) Satellite navigation systems
d) Craft beer
e) Protein powders
f) Foreign exchange commission

5 A university degree remains one of the best long-term investments. The Pew Research Centre estimates that US university graduates in the United States aged 25-32 earn 63 per cent more than those with high-school degrees. But degrees from some universities are much more valuable than others. Graduates of which of these US colleges have the highest median earnings 10 years after university enrolment?
a) Stanford
b) Massachusetts College of Pharmacy and Health Science (MCPHS) University
c) Harvard University
d) San Francisco Art Institute

6 China’s annual GDP growth averaged 10 per cent between 2004 and 2014. Chinese growth has slowed this year with forecast activity of 6.8 per cent. Which of the following economies is predicted to have grown faster than China in 2015?
a) Brazil
b) Ethiopia
c) Norway

7 Since 2012, the United Nations has surveyed people’s happiness across the world, ranking 158 countries on factors including incomes, psychology, health and public policy. Which country is ranked as the happiest in 2015?
a) Norway
b) Costa Rica
c) Switzerland

8 In which of these countries does organised crime impose the lowest costs on business, according to the World Economic Forum’s Global Competitiveness Index 2015?
a) Rwanda
b) Italy
c) United Arab Emirates

9 How many hours a week does the average UK worker spend composing emails?
a) Five hours
b) Three hours
c) Less than one hour

10 The UN Office on Drugs and Crime periodically estimates the US dollar street price of drugs around the world. The price of a gram of cocaine in Greece was estimated to be $120 in 2012, when the survey was last carried out. How much did the same amount of cocaine cost in Britain?
a) $175
b) $63
c) $146

11 Prices do not always reflect value. In a blind test by a panel of experts conducted by Which? magazine, Lidl Luxury mince pies scored 67 per cent, well above Fortnum & Mason’s mince pies at 58 per cent. How many Lidl mince pies can you buy for one Fortnum’s mince pie?
a) 4
b) 7
c) 9

12 In 2015, which country’s government:
a) Announced that it will begin a process to “demonetise” [withdraw] its all-but-worthless currency?
b) Denied it has plans to open a state-backed restaurant in Scotland, in order to show solidarity with the left-leaning Scottish National Party?
c) Relaxed the last of the restrictions on the production of a range of goods, including pickles and chutneys, which have been reserved exclusively for small business for decades?
d) Introduced plans to regulate square dancing, claiming “the overenthusiasm of participants has dealt it a harmful blow with disputes over noise and venues”?
e) Resorted to chopping down trees lining the streets of its capital to thwart black market money changers who use the cover of the trees to conduct their illegal work?

13 Which euro area economy has seen the most unexpected revival in growth over the course of 2015?
a) Germany
b) Spain
c) Ireland

14 Match the quotes to the following individuals: candidate for the Republican US presidential nomination Donald Trump; former Greek finance minister Yanis Varoufakis; German finance minister Wolfgang Schaeuble; Greek Prime Minister Alexis Tsipras; and Conservative MP and London mayor Boris Johnson.
a) “Give €50bn yourself to save Greece!”
b) “Honey I shut the banks!”
c) “My wife will leave me if I surrender to Europe.”
d) “First of all, he [Mitt Romney] isn’t rich.”
e) “We have just played a game of street rugby with a bunch of kids and I accidentally flattened a 10-year-old, on TV unfortunately.”

15 It is often said that you save money by flying on Christmas Day. By flying from London on 25 December, rather than 20 December, which of the following destinations offers the greatest savings?
a) Spain
b) Italy
c) USA

16 Japanese female labour force participation has been rising steadily in recent years, and has reached all-time highs this year. What has been an unexpected side-effect of record numbers of Japanese women going to work?
a) Rising gang membership
b) Rising popularity of laundrettes
c) Rising spending money for men

1.b The average German worked 1,371 hours in 2014, 39 per cent fewer than the average Mexican. French workers worked 1,473 hours. Contrary to popular perceptions, Greece features among the countries where people work long hours (2,042 hours).

2.c Singapore’s Changi Airport was lauded for its free massage chairs and low-lit relaxation zones – while Reykjavik was rated the world’s most sleep-unfriendly, due to its zero tolerance policy approach to sleeping travellers. Paris Beauvais was ranked second worst, as it is technically closed at night and “cancellations often leave travellers stuck sitting outside the terminal or in the quiet town of Beauvais.”

5.b Graduates from medical and pharmacy colleges generally receive the highest salaries after graduation, with MCPHS University graduates ($116,400) earning more than graduates from Ivy League universities Stanford ($80,900) and Harvard ($87,200) ten years after enrolment. Median earnings for graduates of the San Francisco Art Institute are $24,600 a decade after enrolment.

6.b Economists have dubbed Ethiopia the “African Lion” and many attribute much of its success to pro-growth reforms. Three decades after the famine which ravaged the country, the IMF forecasts Ethiopian GDP will expand by 8.9 per cent in 2015 – having grown by an average of more than 10 per cent over the last decade. The Brazilian economy, forecast to contract by 3 per cent, is seeing its deepest recession since the 1930s. Meanwhile low oil prices have significantly dampened growth in Norway (0.9 per cent).

7.c Switzerland topped the third annual World Happiness Index, followed by Iceland, Denmark, Norway and Canada. Australia is ranked 10th, the United States 15th, Britain 21st, Germany 26th and France 29th. Costa Rica, with a GDP per head of just over $10,000, was the highestrated emerging market at 12th, well ahead of many far richer nations.

8.c The World Economic Forum survey ranks 144 economies on the extent to which organised crime imposes costs on business. The Middle Eastern economies of United Arab Emirates, Qatar and Oman have the lowest reported costs of organised crime and top the rankings, followed by Singapore. Rwanda (9th) is the best ranked African nation and Italy is the lowest ranked European nation at 132.

9.a According to research by O2 Business, the average British worker spends 36 days every year composing emails at work.

10.b Cocaine is relatively cheap in Britain and sold at $63 per gram in 2012. Poland is the only European country where it sold for less, at $50 a gram.

11.c Lidl Snowy Lodge Luxury mince pies, at £1.49 for six, achieved the third-highest score on appearance, taste, aroma and texture in the Which? test. Experts described them as “good all-rounders and a great choice for those preferring a slightly firmer filling”. By contrast, most experts disliked “the soft pastry and indistinctive filling” in the mince pies from Fortnum & Mason, at £13.95 for six. The top two slots went to mince pies from Harrods and Waitrose, respectively.

13.c Ireland is forecast to be Europe’s fastest growing economy in 2015. In January, it was expected to grow by 3.1 per cent in 2015; the actual outcome seems likely to be closer to 5.6 per cent.

15.c Flying to the US on Christmas Day is 29 per cent cheaper than on 20 December according to price comparison sites. The savings on shorter flights are more variable and flights on Christmas Day can even be more expensive.

16.b Since 1996, 6,500 new laundrettes have opened in Japan – a rise of 63 per cent – driven in part by the fact that fewer women are at home doing housework. Despite more women being in work, the traditional monthly allowance granted to many Japanese men by wives who often control family budgets has reportedly fallen by almost 5 per cent this year. Separately, membership of Japan’s famous Yakuza crime groups has fallen to an all-time low due to tougher policing and years of slowing growth.