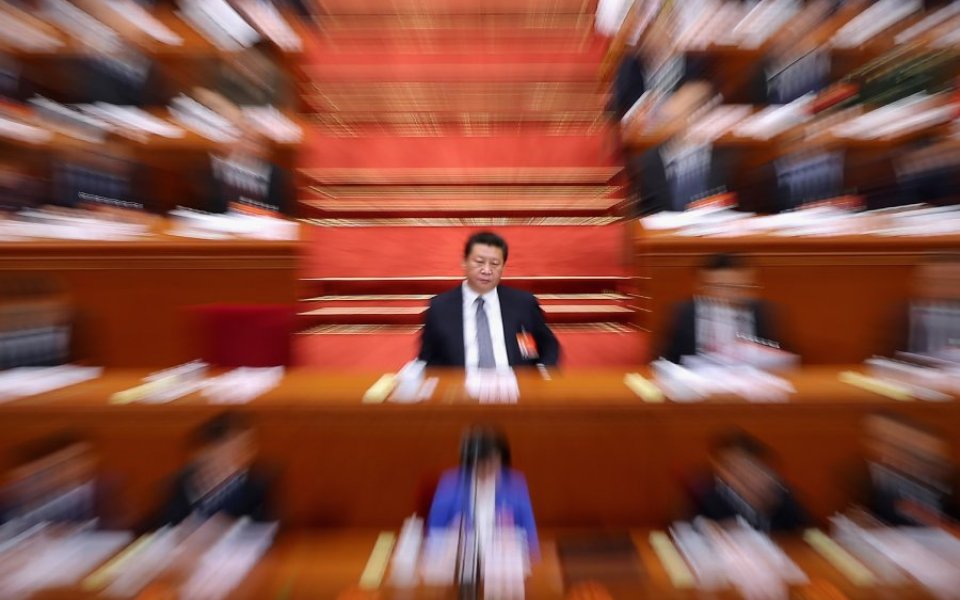 Perhaps the most debilitating of all human emotions is disillusionment, for it marks the death of fond hopes, the painful recognition that dreams will simply not come to pass. It is this feeling – as much as any hard empirical data – that is driving the present market crisis in China, where not one but three dreams are jarringly being laid to rest.

The first dream to die is the long-held global view that China’s Communist masters are supremely competent. Long accustomed to stratospheric growth rates, market analysts have come to take it for granted that – as opposed to our clueless democratic leaders – the Communist Party in Beijing is supremely adept.

However, as we discussed last year during the summer’s stock market ructions, the Chinese Emperor was found not to be wearing any clothes. Despite supposedly being the masters of the universe, the Party leadership in Beijing seemed remarkably gormless, ham-fistedly acting much like King Canute in trying to order the tide of the market back. By in essence comically attempting to instruct the market to do its bidding, the Party proved it had little understanding of how capitalism works.

This suspicion that the Party leadership is actually wildly overrated has returned with a vengeance this year, as the new stock market circuit breakers – designed to halt trading if it fell too rapidly – have courted mayhem rather than averting it. Beijing’s awkward efforts to have “the national team” – comprised of state-owned enterprises (SOEs) intent on doing the Party’s bidding – buy up shares and put a floor on losses had the reverse effect of highlighting government meddling in the markets at its worst. The Chinese government’s reputation for competence has been the ultimate casualty.

The second dream to die – building on the false hope that the Party was all-knowing and all-seeing – has been the utterly unsubstantiated idea that China will somehow, in defiance of economic history, easily escape the middle income trap and effortlessly move up the value chain, morphing into an economy driven by services, rather than by manufacturing. Somehow it has been confidently expected that this seismic shift can be accomplished with minimal social disruption.

Instead, the plummeting stock market has drawn attention to China’s more intractable problems, such as the fact that it is likely to get old before it gets rich. Between 2015 and 2040, it is estimated that China’s working age population will decrease by around 14 per cent. That amounts to a shortage of nearly 140m workers. This process is already beginning, as the workforce started shrinking three years ago. The days of wine and roses – of China’s easy catch-up growth being fuelled by favourable demography – are definitively at an end.

Building on this realisation, the third dream to die in the present market chaos is the most heart-breaking of all: that China’s never-ending stellar growth rates would amount to nothing less than the new motor for overall global growth itself. With Europe perpetually economically becalmed, many emerging markets in turmoil, and with even America’s rebound from the 2008 Lehman crisis proving underwhelming, China has been seen by the investment world as the last, best, hope for real growth left standing.

But investors have been asking too much of China, as the numbers have made clear that its once phenomenal growth rates are naturally coming to an end. From 2007 to 2011, Beijing’s annual growth rate averaged 10.8 per cent; for the next three years, the average was down to 7.6 per cent. The headline figure for 2015 is down again to 6.9 per cent. While this amounts to a generally soft landing for China’s economy, such decisive figures make a lie of the dream that the country is set to remain the saviour of global growth on its own over the next generation.

But out of disillusionment can come hard-earned wisdom. For the death of these three dreams does not signal that China’s attractiveness as a market has come to a sad end. Indeed, compared to the rest of the world – barring the underrated recent rise of India – China remains the place where the economic action is.

The country is not everything to the global economy, a sort of magic silver bullet that somehow makes everything else right in the end. But if China is not everything, it is far from nothing, enduringly remaining a comparative bright spot in an otherwise gloomy global economic picture. It is time to see China for what it actually is.