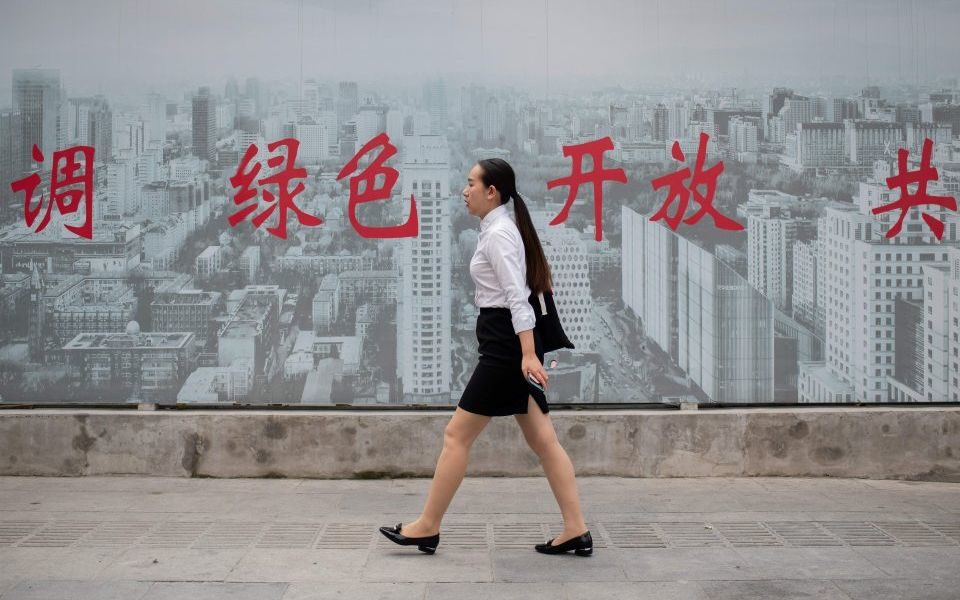 Last week, the International Monetary Fund upgraded its 2019 growth forecast for the Chinese economy to 6.3 per cent, up from 6.2 per cent. For comparison, the UK economy is only expected to grow 1.2 per cent this year.

It’s worth noting these figures, because they highlight why many brands in the UK and elsewhere in the west are so keen to access the Chinese market. Not only is China the second largest economy in the world, but it is pivoting towards being more consumption-driven.

It also contains over 1.3bn consumers, with a rapidly growing middle class that has more disposable income.

In other words, China offers potential riches for western brands. The problem is that, while many companies have tried to expand into China, often they appear to have struggled or outright failed.

Marks & Spencer had to close its Chinese stores in 2017 after making losses. Tesco entered the market in 2004, but after a decade of losses, it relinquished control of its Chinese operations following a merger with China Resources Enterprise.

And while some western brands have simply failed to make money in the region, others have ended up offending the cultural sensitivities of Chinese consumers.

In November last year, Italian fashion house Dolce & Gabbana provoked public outrage with a series of ads that showed a Chinese woman struggling to eat spaghetti, pizza, and cannoli with chopsticks. The campaign was criticised for being patronising and racist for using Chinese stereotypes. Dolce & Gabbana had to remove the videos within 24 hours of posting them on the internet.

So why are western brands still struggling to crack the Chinese market?

To find out what brands are doing wrong, I spoke to Jimmy Robinson, co-founder and director of PingPong, a marketing agency that specialises in helping brands succeed in China. He started the company in 2013, recognising that western brands seemingly couldn’t figure out how to market their products to Asia.

One of the big problems for any company trying to break into China is the fact that some of the digital advertising techniques that have been developed in the west are unavailable, as Facebook, Twitter, and Google are all blocked.

Another is failing to recognise that Chinese consumers have a different sensibility and sense of humour as western audiences – Dolce & Gabbana’s campaign was trying to be funny, but it clearly failed to connect with viewers in China.

But these are surface-level issues. According to Robinson, the fundamental problem is that western brands lack an understanding of the local market.

“Some brands have not been able to crack the Chinese market because they just don’t have the proper understanding of what Chinese consumers are looking for,” he explains.

This manifests in different ways. Robinson claims that some companies – usually big legacy brands – can be arrogant about their identity, are unwilling to change for the Chinese market, and sometimes fail to listen to their local agents, especially when it comes to content for ad campaigns.

So what should brands be doing differently if they want to succeed?

“China is a unique market with different tastes. We have to make sure that marketing materials, products, and services are localised and adapted for that particular market,” he says.

As an example, Robinson claims that one of Marks & Spencer’s mistakes was that it did not customise its products for Chinese consumers, even though it was producing clothes in China.

“Its clothes were produced for the west and then sold back in China. It didn’t tailor its products to Chinese sizes: everything was always a mismatch in terms of size. A small in the west is actually a medium in China, so if you’re not localising or customising properly, things just aren’t going to fit. Chinese arm lengths are different as well.”

In contrast, the Spanish fashion brand Zara has done well by producing goods in China specifically for Chinese consumers.

Other luxury brands have adapted their goods by making shoes with thicker platforms and insoles to give the wearer extra height, because Chinese consumers want their footwear to make them appear taller.

It’s not just physical differences that brands must take into account – Chinese consumers also have a different palate. Robinson cites two good examples of brands that have adapted to the market: Walkers, which makes cucumber and blueberry flavoured crisps for China, and Starbucks.

“Starbucks has been very good at picking up on local tastes, such as teas and lychee or cherry-flavoured drinks,” says Robinson.

Read more: Anger-inducing adverts and the power of outrage in marketing

“It’s looked at other players in the market, such as bubble tea companies, and adopted some of the beverages they’re doing and added them to its offering. Whereas Starbucks has always traditionally been seen as a coffee company, in China it is seen differently because it offers a wider variety of beverages.”

These examples show that success is possible. But achieving it requires understanding Chinese consumers, recognising that they are different to audiences in the west, and adapting accordingly.

As Robinson points out, the Chinese economy is currently modernising, but brands should not confuse modernisation with westernisation.