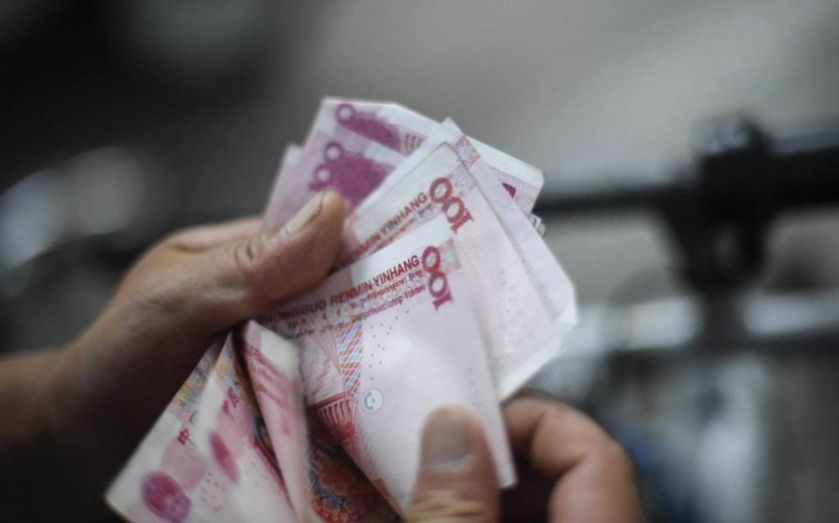 August is the cruellest investment month, once more, and disappearing money flows are again the culprit behind crashing stock markets.

The gyrations in global liquidity explain market movements around six-12 months ahead and predict economies over the following year. The problem right now is that despite the well-flagged easing by the ECB and Bank of Japan, other key central banks are either tightening funds, notably the US Fed or seriously ‘behind the curve’, such as the People’s Bank of China. China must do more.

But the more it is forced to ‘print money’, the greater the risk that the renminbi devalues further and so spreads China’s deflation into the world economy.

This is China’s Lehman Brothers’ moment. Back in 2008, seriously low levels of funding liquidity at the heart of US finance triggered a credit crisis across the shadow banking system, which at the time provided nearly half of all US credit.

China's own shadow banking system today makes up one-third of the economy’s total credit and is already facing near-identical funding problems, as it struggles to hang on to precious US dollar borrowings in the face of rising finance costs and capital flight.

This was the hidden message behind last week’s devaluation of the currency. China needs to pull in foreign exchange. She has devalued once and will do so again.

Given China’s whopping excess capacity, it may even require a 20 per cent plunge in the yuan to keep her factories running: such devaluation looks politically impossible, but let’s not rule out another five-10 per cent slide.

This may help keep down high street prices on Oxford Street and Fifth Avenue, but it will heap pressure on to China’s Asian economic neighbours.

Behind this coming yuan weakness will be attempts by China’s People’ Bank (PBoC) to print money. Think America’s 2008/09 policy response and the huge monetary injections labelled QE1, which later extended into QE2 and QE3.

With the world’s private sector still mired by sky-high levels of debt, larger than ‘normal’ volumes of liquidity are needed to keep economies on-track.

So, has the world returned to the 1930s, where falling prices and currency wars led the lurch towards still greater geo-political strife? There are parallels, but the truer comparison is the nineteenth century world of Victorian finance and its vicious eight or nine-year credit cycle.

The City of London then dominated the world; central banking was pre-natal and most funding came from the always fragile wholesale money markets. The recent peaks in global capital flows in 1972, 1981, 1989, 1998, 2007 and now 2015 seem eerily reminiscent.

Looking ahead, our numbers show that the world desperately needs more liquidity and China may be the instigator of a new QE4. More cash is coming – it must.