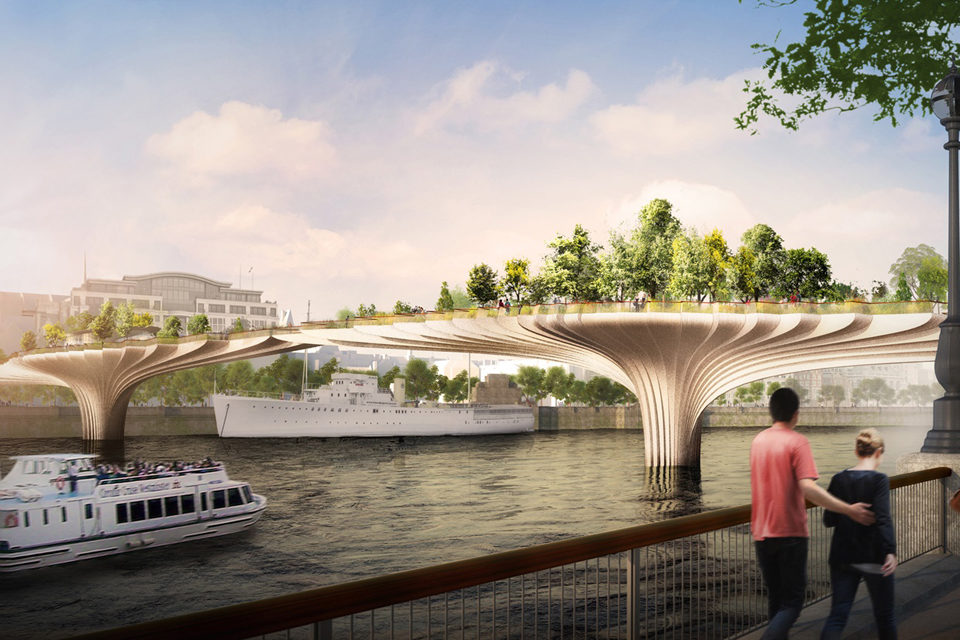 The charity watchdog has been criticised for failing to take action against the people behind the failed Garden Bridge project that cost taxpayers £43m.

The Charity Commission’s inquiry into the conduct of the Garden Bridge Trust, whose members included the actor Joanna Lumley and PR tycoon Roland Rudd, found that the botched bridge project across the River Thames was an “expensive failure” that has undermined public trust in the charity sector.

It found that the trustees of the charity “fulfilled their legal duties” in decision making and that the charity was not mismanaged, but it criticised the trust for its lack of transparency and accountability.

“We have made clear to the trustees that the charity has not displayed the level of transparency and accountability that we would expect, given the nature and profile of its work,” the report said.

“We do not think that trustees embraced external scrutiny sufficiently, and could have better explained how and why decisions were being made in such a way as to best deliver on the charity’s purpose and the task it was set up to fulfill.”

Earlier this year the full costs of the project, which collapsed in 2017, were revealed as £53.5m.

Taxpayers will foot a £43m bill as the bulk of the money was underwritten by TfL and the Department for Transport.

Baroness Stowell, chair of the commission, said: “Londoners and taxpayers will legitimately feel angry and let down by the waste of millions of pounds of public money on a charitable project that was not delivered. I understand that anger and am clear that this represents a failure for charity that risks undermining public confidence in charities generally.

“While the charity was not mismanaged, the public would also expect, as I do, that the right lessons are learnt from this case, so that we don’t see a similar failure arising in future.”

But Caroline Pidgeon, chair of the London Assembly’s transport committee, said the lack of action from the commission was "disappointing".

“It is disappointing although perhaps sadly inevitable that the Charity Commission rely so heavily on legal definitions of charity law and continue to hold the line that they cannot take any further action," she said.

"They even highlight some serious criticisms of aspects how the Garden Bridge Trust operated, in relation to publishing its accounts and their overall lack of transparency, but ultimately claim that on technical grounds they themselves can take no further action in investigating the project.

“The Charity Commission are also, above all else, highlighting that the Garden Bridge project was a high profile and expensive failure, with significant sums of public money thrown away for absolutely nothing of public benefit. This is clear to everyone it seems other than Boris Johnson and George Osborne, who so foolishly invested so much time and taxpayers’ money in this absolute folly of a project.”