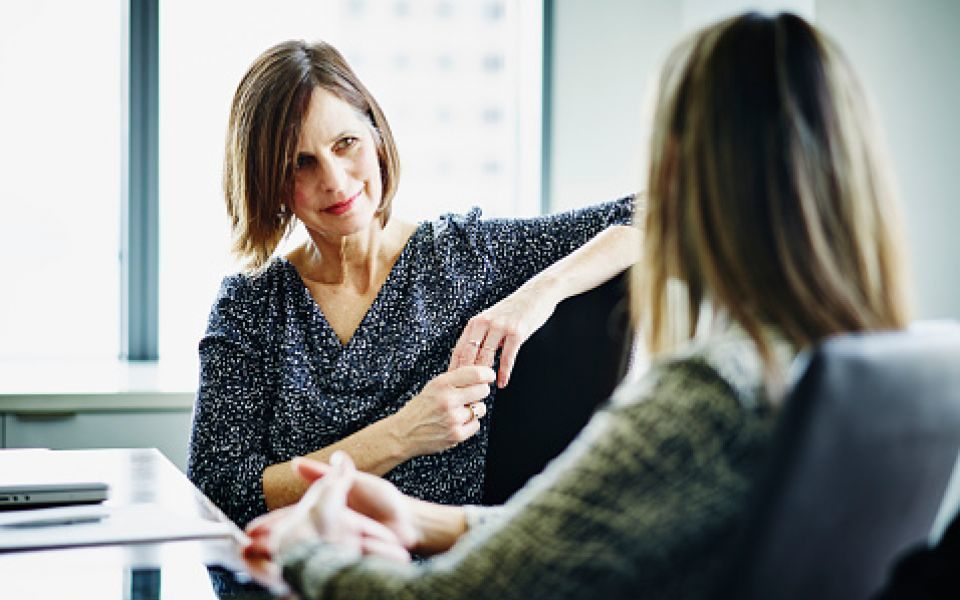 Trish Wheaton, former global managing partner of one of the world’s largest communications groups, is grateful that she could work for 30 years in advertising — an industry notorious for employing youthful ‘mad men’. While she wasn’t surprised when told that her time was up at age 65, she also wasn’t ready for a traditional retirement.

“Sixty-five is the new 45,” Wheaton said. “I had to ask myself ‘what’s next?’ I realised I didn’t have a clue. When I talked to my female peers in the same situation it turned out that they were feeling the same way. We were all used to being successful. People still want to invest in their passion . . . it’s just a question of where do they invest it now.”

She decided to form a Leaning Out™ salon: a gathering of high-achieving women who discuss finding post-career success and purpose. “With the same energy, goal orientation, and drive that propelled them to lofty career heights,” Wheaton explained, “these female professionals are radically redefining ‘post-career’ and turning it into a time of abundant purpose, goal redefinition, and personal well-being while over-turning some well-entrenched approaches to ‘retirement’ in the process.”

Many professional women assume that after they move on from their roles as senior executives, they will immediately be asked to sit on corporate boards. They have heard that women directors are in demand, and they expect to be invited to serve based solely on their experience and gender.

“Be careful. Don’t make the grand assumption that you will be in demand the day after you move out of the executive suite!” says Joanne De Laurentiis, a corporate board member and former president and CEO of The Investment Funds Institute of Canada (IFIC).

“Often people think that the simple fact that they have been an executive qualifies them to sit on a board. But the skill set required can be quite different from their work background. Board members must have a strong combination of skills such as strategic thinking, problem solving, and leadership, but perhaps most importantly . . . they need to have specific expertise related to the business dealings of the organisation.”

If you are planning on sitting on a corporate board, you need to have developed the full spectrum of skills required and should be known for your expertise.

The best way to plan for life on boards?

“Start developing your board skill set in the early years of your career. I started volunteering on boards right out of university and I have been on boards throughout my entire working life. When the time came for me to leave my traditional job, I didn’t need to seek out any board positions, I was already well-known as an expert in my field.”

Read more on gender diversity and what it means for investment management on Enterprising Investor.

Women are more likely to want to be independent workers. Why?

“This generation of women freelance workers represents transformative change. Reacting to economic pressures and the ill-fitting office culture around them, they’ve struck out on their own. They’re harnessing technology to focus on work that they find rewarding, on a schedule that fits their lives, and on terms that dignify them as vital contributors to our economy.”

Kathleen Traynor, managing director of Traynor Consulting, made the big decision to leave her executive director role at FIA Europe where she led its regulatory and advocacy initiatives.

“Many women feel the need to have a hand in their own destiny,” she said. “There is a huge trend in the UK to start your own business: consulting in your area of expertise so that you can have more control over your time and energy. This also means managing your own approach to your financial well-being.”

Author Sally Koslow explained why she opted to work independently: “Many employers ignore this mature workforce, most likely because they don’t want to pay the salaries experience deserves. . . . Which is why I joined the gig economy. . . . My second act has gone well, perhaps because I report to a taskmaster: me.”

The world of women entrepreneurs is expanding at a rapid pace. Thanks to social media, women business owners have greater visibility via peer-support networks, achievement awards, and a focus on role models.

The report “Growing Under the Radar: An Exploration of the Achievement of Million-Dollar Women-Owned Firms” is based on data from the US Census Bureau. It states that “over the past decade the growth in the number of women-owned firms with $10 million or more in revenues has increased by 56.6%, a rate 47% faster than the rate of growth of all $10m+ firms and nearly twice (+98%) the rate of growth of all women-owned firms.”

In “Why Women Over 50 Make Better Entrepreneurs,” Sharon Bush writes:

“Over-50s hold 80% of the developed world’s wealth, and as more of them make their way to retirement they’re ready to start spending. And with women making the majority of household purchasing decisions, who better to lead the way in developing new products for the over-50 market than female over-50 entrepreneurs themselves?”

Barclays reported a 67% increase in women over 55 opening business accounts in the last decade. For those aged 65 and older, the number is up 132%, the largest rise of any demographic.

At age 58, Financial Times columnist Lucy Kellaway decided to make a radical career shift from journalist to maths teacher. She explained why in her farewell column: “Although I still love my work, I knew it was time to go once I realized I had stopped being frightened of writing useless columns. Fear is life’s biggest motivator and without it, you have to move on.”

She says her future will undoubtedly entail a steep drop in income and a great deal of uncertainty, but Kellaway is forging ahead and encouraging others to join her. She is a co-founder of the charity Now Teach, and the website provides a vivid description of how many feel about their decision to change careers:

“You’ve worked hard and made a success of your career — but your job doesn’t grip you the way it once did. You dream of starting all over again and doing something new. You want to feel useful. You’re ready for the hardest thing you’ve ever done.”

5. Multitasking for an Income

When I was about to turn 55, I took a stroll along one of my favourite streets. I’m not the only person who has heard a ‘voice in their head’, but my voice bellowed at me — “MAKE A CHANGE!”

As luck would have it, not only did my boss understand my situation, he also supported my decision in a subsequent meeting with our CEO.

Today, I multitask for income. I research, write, speak, and consult — and only on projects that I am passionate about.

Wouldn’t you rather not worry about someone else randomly deciding that you are past your prime? Having multiple revenue streams is a great way to diversify your employment portfolio.

Plan for the Worst-Case Scenario

What if you do what you love and the money doesn’t follow?

“I tell other female entrepreneurs to assume that they won’t make any money for two years. You need to be comfortable with the idea that your savings will support your life during that timeframe. . . . The ups and downs can wear you down so it is critical to plan your finances carefully.”

The bottom line is, for me and many other women, non-retirement is not only about helping our bank accounts, but also helping our minds, bodies, and spirits.

If you liked this post, you can read more career advice on the Enterprising Investor, a CFA Institute blog.