Over the last decade, central banks have gained huge influence over our lives 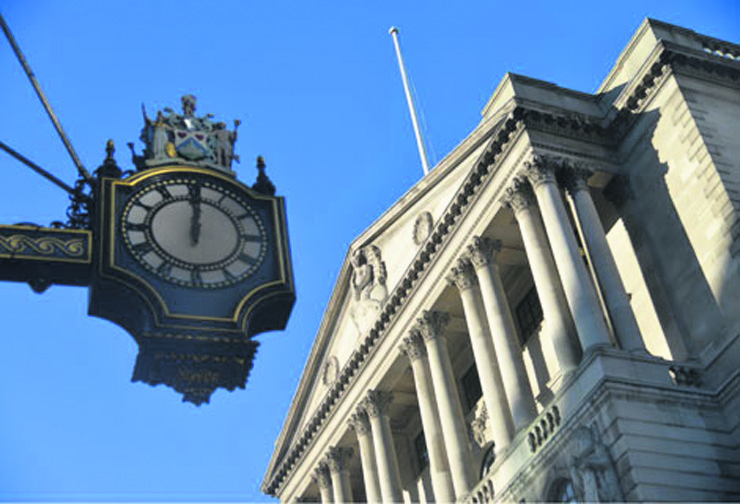 These and many other subjects tend to make people’s eyes glaze over, and are best left to finance nerds to battle over in quiet corners.

Yet central banks have, over the last decade, emerged from the shadows of arcane macroeconomic policy discussions to become fundamental to all our lives – from being the guardians of price and financial stability, to regulating our banking system, to influencing who becomes wealthier and who becomes poorer, to making the weather on economic confidence, to even being seen by some as threatening the proper functioning of our democracy.

How did this happen?

When it was all down to tweaking interest rates to keep inflation under control, very few people paid central banks much attention. But since the financial crisis, their place in the management of the economy has expanded dramatically.

In an attempt to keep economies afloat, they have resorted to ever more dramatic (by conservative central bank standards) moves.

For instance, interest rates are at an all-time low – and for sustained periods. In the Eurozone, they are in negative territory. This punishes savers and benefits borrowers. Yet it has not had the expected effects on borrowing patterns.

Businesses do not invest simply because interest rates are low. They invest when they have confidence that their investments will yield a return in a growing economy.

And herein lies the central banking tightrope. Lowering interest rates not only cuts the cost of borrowing, it signals that there is less confidence in the economy – thereby potentially reducing the appetite for investment.

And when they did borrow, large businesses did not use the money to invest in the productive economy. Instead, they used it largely for share buybacks – the cocaine of stock prices. A quick and easy rush with no substance. Except that it does, coincidentally, also push up the compensation of senior executives whose packages are tied to stock price performance. What’s not to like?

When low interest rates failed, central banks turned to quantitative easing – creating money to buy privately-held assets (bonds, mainly) through the financial system. Again, this was intended to pump money into the financial system which would eventually find its way into productive investment.

Once again, the plumbing didn’t quite work as well as expected.

By pushing down the yield on relatively safe assets such as highly-rated bonds, money moved to riskier investments in search of decent returns. This may create financial instability.

Further, the effects of quantitative easing were highly unequal. Those people with assets became wealthier, while those without became relatively poorer.

And herein lies the final issue: should unelected and independent central bankers be in a position to make decisions that have such distributional consequences, without let or hindrance from elected governments and politicians?

Thus was launched an ongoing debate on the appropriate nature and limits of central bank independence in functioning democracies – a debate that continues to rage today.

It is because monetary policy and what central banks do directly affects all our lives that we at the think tank Radix are running a half-day, high-level conference titled What Next for Monetary Policy. This is the first in a series of articles where, in the run up to the conference, we will explore some of the trickier issues that central bankers have to navigate.

We hope that you will join us, and add your voice to the debate on how monetary policy can evolve, especially at a time when many have started to believe that central banks have run out of the ammunition needed to stimulate economic activity.

The conference What Next for Monetary Policy will be held on 27 November in London. Further details can be found here.