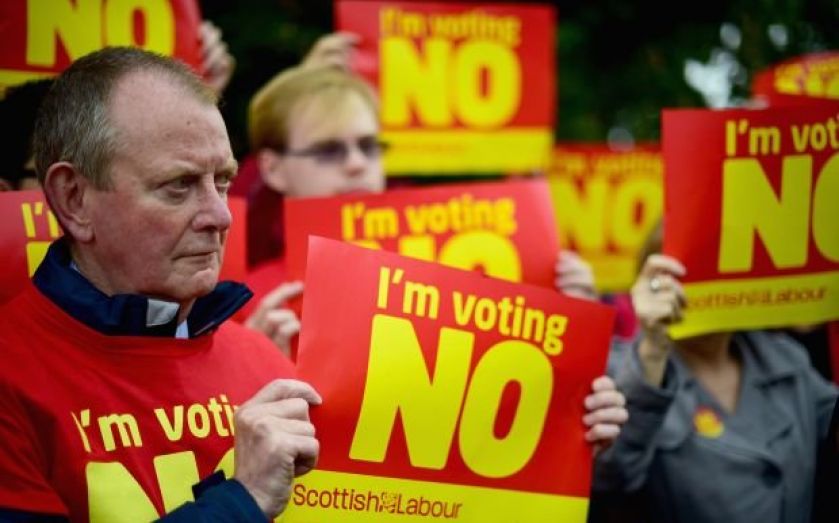 Two business big-hitters last night joined a chorus of calls urging Scottish voters to stick with the United Kingdom instead of voting for independence tomorrow.

Both the Confederation of British Industry and EDF Energy urged Scots to consider the risks of a Yes vote, as campaigning north of the border reached fever pitch.

In a statement to its 15,000 staff yesterday, EDF boss Vincent de Rivaz said that how the Scottish energy market would be managed and regulated, should voters choose independence, remained “uncertain”. He added that a Yes vote would put the interests of the company at risk and “will affect EDF Energy and its employees”.

The CBI also waded into the debate yesterday, throwing its weight behind a No vote. In a statement Sir Mike Rake, president of the 190,000-strong business organisation, urged voters to stick together, adding: “The economic recovery is now underway and keeping the United Kingdom together is the best way to grow the economy and boost jobs.”