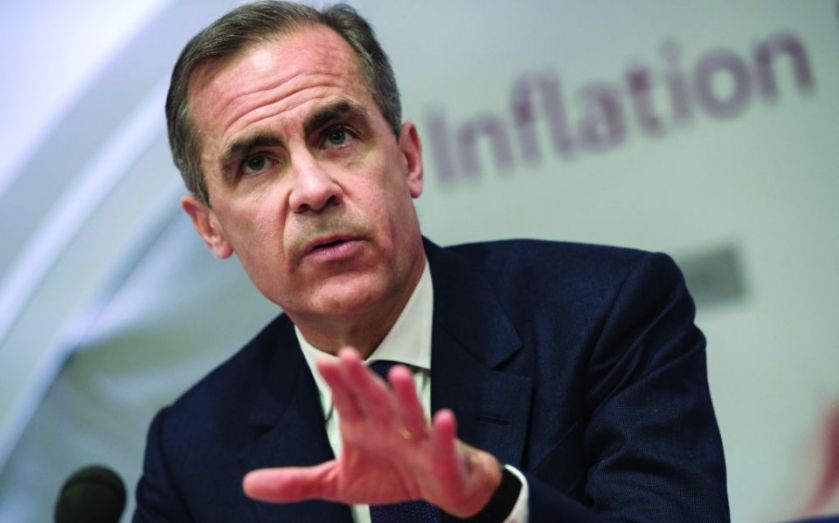 Bank of England governor Mark Carney revealed yesterday that interest rates could drop even further below their historic low of 0.5 per cent, as the collapse in global oil prices drags Britain towards deflation. In a mandatory letter to chancellor George Osborne, Carney said that if “global activity continues to disappoint, or if low inflation were to depress inflation expectations, it could become self-reinforcing.” Rates have been 0.5 per cent for 71 months, and it had been thought this was rock bottom. Yet Carney said his monetary policy committee could “cut Bank rate further towards zero” or do more quantitative easing. He said banks are now better capitalised than before, and therefore are more capable of taking a hit to their revenues that could accrue from a cut to rates. Inflation is more likely than not to fall below zero in the coming months, the Bank of England said in its inflation report yesterday. December’s reading for inflation was 0.5 per cent as measured by annual growth in the consumer price index (CPI) – calculated from the price of a basket of goods. However, Carney played down overall deflationary fears in the UK. “A temporary period of falling prices driven by large adjustments in a few specific components of the CPI is a fundamentally distinct phenomenon from ‘deflation’,” he said. The Bank raised its forecast for what inflation would be in two years time. Its growth forecast for this year remains at 2.9 per cent but next year’s forecast has been revised up from 2.5 per cent to 2.9 per cent. “February’s Bank of England Inflation Report confirmed that deflation is now on the horizon, but that it will be fairly short-lived,” said Vicky Redwood, chief UK economist at Capital Economics. “Indeed, the stronger medium-term inflation forecast was a warning to financial markets that they may have pushed their expectations for the first rate hike too far into the future.” Rob Killeen, business manager at London mortgage brokers Capital Fortune has urged people to consider remortgaging now while rates are low. Killeen believes there’s some complacency among some mortgage borrowers, who should seek to lock in interest rates while they are at record lows. “Our research shows that the average rate people are paying across the top 10 lenders – who control maybe 92 per cent of the mortgage market – is 4.6 per cent,” he told City A.M., pointing out that fixed rates could currently be locked in for rates as low as 1.29 per cent. Meanwhile Sweden yesterday cut its key interest rate to minus 0.1 per cent from zero per cent. It also launched a programme of quantitative easing worth 10bn kronor (£0.77bn). Swedish annual inflation stood at minus 0.3 per cent in January. Swedish central bank chief Stefan Ingves said it is prepared to cut rates even more: “Should this not be enough, we want to be very clear that we are ready to do more.” Some economists believe Europe could be set for a 1930s-esque situation whereby central banks vie to devalue their currencies. Denmark has also been cutting rates – it cut for the fourth time in three weeks last week to minus 0.75 per cent, but is yet to move again this week. Both central banks have had to react to a large scale asset purchase programme by the European Central Bank that has weakened the euro and destabilised their exchange rates.