Katherine Davidson
I am a Portfolio Manager at Schroders. 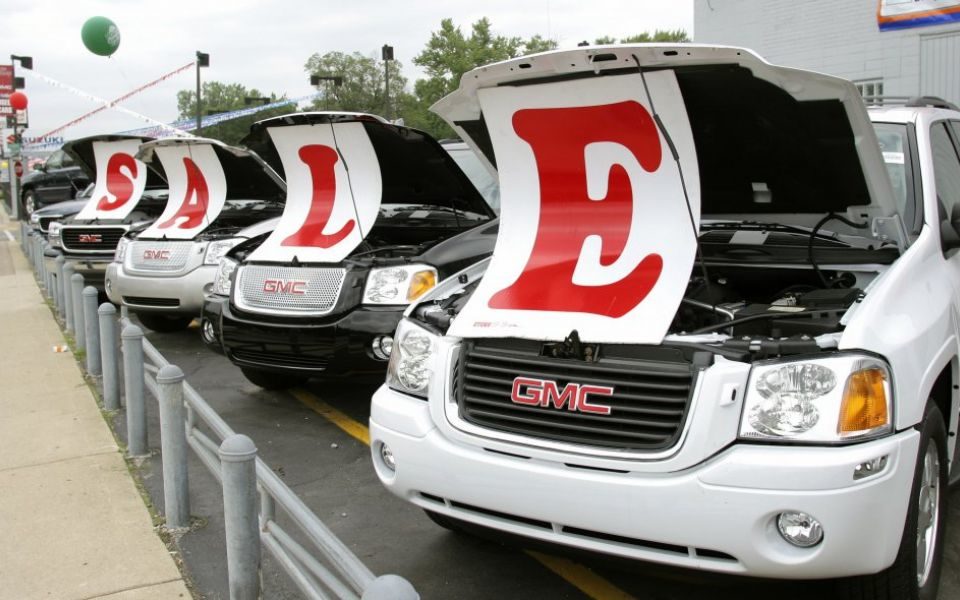 The car industry understandably attracts a lot of attention in the financial press. Although the sector is small compared to giant sectors like financials and technology, cars are culturally relevant in a way that banks are not.

The auto industry is involved in areas of exciting technological change, such as electric cars and autonomous driving. It is also lamentably prone to scares and scandals.

Even so, the number of column inches dedicated in recent months to the far less sexy topic of auto lending and auto credit deterioration is, superficially, surprising. Why is it commanding so many headlines?

For several months, speculation has been building that auto loans could be at the heart of the financial world’s next crisis. Auto credit data in the US – the world’s most important auto market – has shown a marked deterioration in recent quarters.

Newly “delinquent”, or overdue, US auto loans reached $23 billion in Q4 2016 and new “seriously delinquent” loans exceeded $8 billion; both are absolute levels not seen since the depths of the global financial crisis (GFC).(1)

This development has garnered so much attention partly because it doesn’t fit with indicators of an otherwise healthy US consumer. US consumer confidence has been rising, unemployment has continued to decline and trends in other areas of credit have been extremely benign.

So what is driving the deterioration in auto credit? How big a problem is it for the auto industry and the broader financial system?

The first step in understanding trends in auto credit is to look at the pool of US auto loans broken out by the borrower’s creditworthiness: prime versus subprime.

Of course, the term “subprime” triggers alarming flashbacks to the global financial crisis. Subprime mortgages played a big role in the financial meltdown that ran from 2007-2009. However, we believe that the deterioration in subprime auto loans has less severe implications.

Delinquency rates in subprime loans have indeed seen a significant deterioration. On the other hand, the data for higher quality borrowers looks much more like that in other areas of consumer credit i.e. delinquency rates are normalising, but remain at low levels.

Despite headline-grabbing comparisons with mortgage-backed securities, subprime auto lending is quite a small pool. Subprime auto loans, at $270 billion, represent only a minority (25%) of total auto lending and a tiny proportion (2%) of the $12.6 trillion total in US consumer credit.

Furthermore, investors should remember that not all lenders are taking the same levels of risk. Subprime auto lending has grown since the crisis, but the data suggests this has not been driven by systemically important banks or automotive captive finance companies or “fincos” (2).

The culprits behind the rise in subprime auto loans are primarily new entrants to the market: mostly private equity-backed non-bank financials (NBFs). NBFs have accounted for the vast majority of sub-prime auto lending in recent years, and are even more dominant in the “deep-subprime” space: lending to those with extremely low credit scores, or none at all.

Meanwhile, established lenders have actually been pulling back from this part of the market, with new lending by market leaders Santander Consumer and Ally Financial down 25% in Q4 2016. Federal Reserve surveys show tightening bank lending standards in auto loans since early 2016. Automotive fincos have very modest exposure to subprime.

Some NBFs will likely come unstuck when we experience an economic downturn (or sooner), but mainstream lenders should be relatively well insulated.

Some pot holes to swerve, but no crash

Therefore, while some of the headline data on auto credit looks alarming, our analysis suggests there is no reason to panic. The risks to both the auto industry and the wider financial system appear modest at this stage.

Our more serious concern is wider profitability in the auto industry. Used car prices in the US – which determine the “residual value” of the collateral for a loan or lease – have been falling. This matters, even for high-quality lenders.

The inevitable consequence of the recovery in new car sales since the recession is that we are now facing a wave of used vehicles returning to the market as their original owners upgrade. In particular, we are seeing rapid growth in “off-lease” volumes. These are vehicles returned at the end of leasing contracts, typically after three years (3).

This growing availability of “nearly new” cars is depressing pricing. Over three million vehicles came off lease in the US in 2016, a 22% increase year-on-year. A further 12 million cars will flow into the market over 2017–19, so the pressure is only likely to increase from here.

Falling used car pricing will likely weigh on profits for carmakers via the knock-on effect on new car demand, especially as credit conditions tighten. It will also affect the carmakers in another, more nuanced, way. In the last few years, fincos have been able to sell vehicles returned to them at the end of a lease for more than the value implied in the lease contract, booking a profit. Lower residual values mean this profit will shrink or disappear.

At the same time, automakers will face higher inflation in other areas of their cost base, with increases in raw materials prices, wages, and the costs of meeting tighter emissions and safety standards.

As long as carmakers make a profit on each vehicle sold, they will try to maintain sales volumes by luring consumers with discounts and subsidised loans. Given margins today are high and consumers are still in good shape, we would not expect the number of cars sold to decline. However, flat volumes will come at the expense of lower auto industry profits.

What next for car shares?

Shares in car companies are already trading at very depressed valuations, suggesting the market recognises that today’s profit margins are unsustainably high. We believe there are pockets of investment opportunity, where the view on particular stocks is overly gloomy given the broadly benign economic outlook.

Even so, we recommend a broadly cautious approach to the sector, with a focus on balance sheet strength. While we are not driving off a cliff, we will be hitting some bumpy ground.

(2) “Fincos” in this context is industry shorthand for the finance subsidiaries of car companies whose purpose is to provide car financing to customers.

(3) For the uninitiated, a lease contract differs from a loan in that the customer never officially owns the vehicle; they rather ‘rent’ it from the finance company for 2–3 years for a fixed monthly fee and return it at the end of the contract, usually rolling into a fresh contract on a new vehicle. In a lease contract, the direct residual value risk rests with the finance company whereas with a loan it rests with the customer. Lease penetration has risen significantly this cycle, peaking at 33% in 2016 vs. 23% in 2008, as low rates and robust residuals made them attractive for both sellers and buyers – the average monthly payment is around $90 lower for a lease versus a loan.