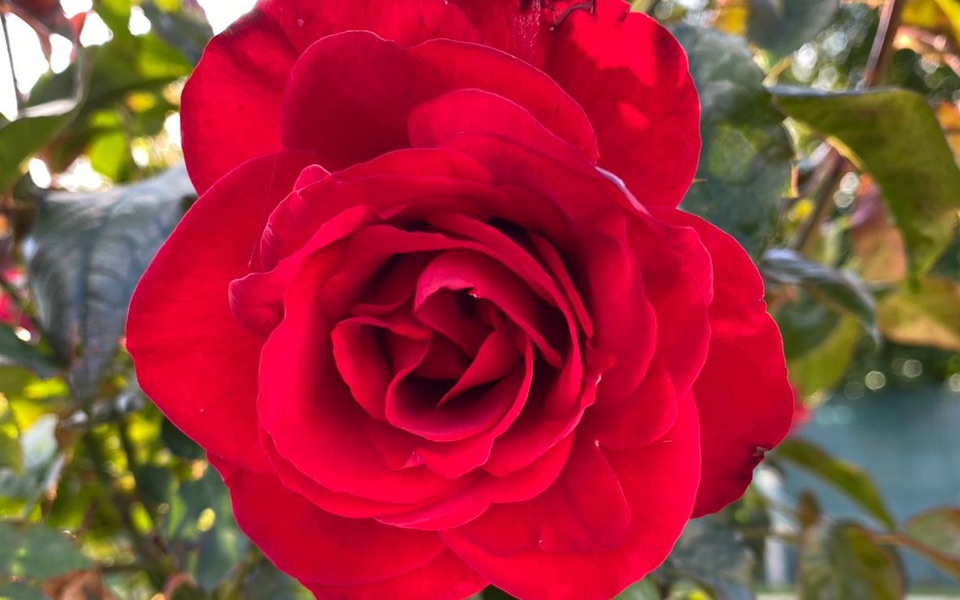 If you are planning on transforming your outdoor space into an English rose garden, now is the time to act. This most famous and romantic of blooms takes time and care to grow but can be the most rewarding of pursuits for keen gardeners. But if you still need an extra push, you can also help some excellent charities while you’re at it.

Also Read:
Captain Tom has his own rose – buy one to support his work

Hitchin-based Harkness Roses offer a choice of roses, with each sale seeing a percentage going to charity. If you buy three Save9Lives roses, for instance, £10 will go to good causes. The company founded in 1879, support charities including Against Breast Cancer, Pets As Therapy, Heart Heroes  and We’ll Meet Again. Famous Harkness roses include Deep Secret and Savoy Hotel.

The late Captain Sir Tom Moore recently had a rose named after him by Harkness, with £2.50 from every sale going to the Tom Moore Foundation. Sir Tom lived in Marston Moretaine in Bedfordshire, the county where the Harkness Rose Company is headquartered.

Looking elsewhere in the rose world, you can do your bit to thank the NHS by planting a Nye Bevan shrub rose. David Austin Roses in Shropshire is offering some beautiful roses, the sales of which will help NHS Charities Together and other health-based charities.

Every Nye Bevan rose will see £2.50 donated to a selection of heath-focussed charities. The same sum will be donated from each sale of the Alexandra Rose and Generous Gardener English climbing rose, with the beneficiary being the National Garden Scheme, the most significant charitable provider of nursing funding in the UK, supporting institutions including Marie Curie, Hospice UK and Carers Trust.

“Gardening and health have forever been entwined but this year we experienced this bond in ways we could have never imagined,” says a David Austin spokesperson. “Thrust into a strange new existence in March 2020, we became heavily reliant on two staples we had come to take for granted somewhat in our busy everyday lives – our National Health Service and our outdoor spaces.

“It seemed fitting that this year we celebrate both our NHS and the outdoor havens that we have relied so heavily on by naming our new rose release for 2021 Nye Bevan (Auspital). Named after the founder of the NHS, we are honoured to have the blessing of the Bevan Family and support of the Aneurin Bevan Society in introducing this uplifting variety, whose light and airy blooms radiate hope and positivity.”

Also Read:
Captain Tom has his own rose – buy one to support his work

Nye Bevan (Auspital) is of medium height and pale yellow with a light myrrh fragrance. It is ideal for pots, rose and mixed borders. Bevan was appointed as Minister of Health in Clement Atlee’s post-war Labour government.  His stated belief was that “No society can legitimately call itself civilized if a sick person is denied medical aid because of a lack of means.”

Jaselle Williams, great, great niece of Aneurin Bevan and Secretary of the Aneurin Bevan Society, sais: “The family of Nye Bevan is delighted that David Austin Roses has named its new rose after Nye, the architect of our NHS. The past year has demonstrated just how important the NHS is to all of our lives, and it is such a fitting tribute to all those who have worked tirelessly to care for us during this challenging time.”

David Austin’s connection with health charities started in 2016 with donations from sales of the Roald Dahl (Ausowlish) rose, when a total of £100,000 was raised for Roald Dahl’s Marvellous Children’s Charity.

The Alexandra Rose Charity was originally set up to support Londoners in poverty. Inspired by a priest in her native Denmark selling roses to raise money for those in need, real roses were substituted for silk ones by the Queen, and Rose Day  (7 February) was created. Money raised was distributed to help Londoners in poverty to access healthcare. The charity has recently addressed food poverty and diet. Queen Alexandra’s great, grand-daughter, HRH Princess Alexandra, is its honorary patron.

National Charities Together is the national charity supporting the NHS. Comprising 241 NHS charity members based with hospitals, mental health trusts, ambulance trusts, community health trusts and health boards across the UK. Its ambassador is England and Liverpool footballer Jordan Henderson – he has not had a rose named after him. Yet.